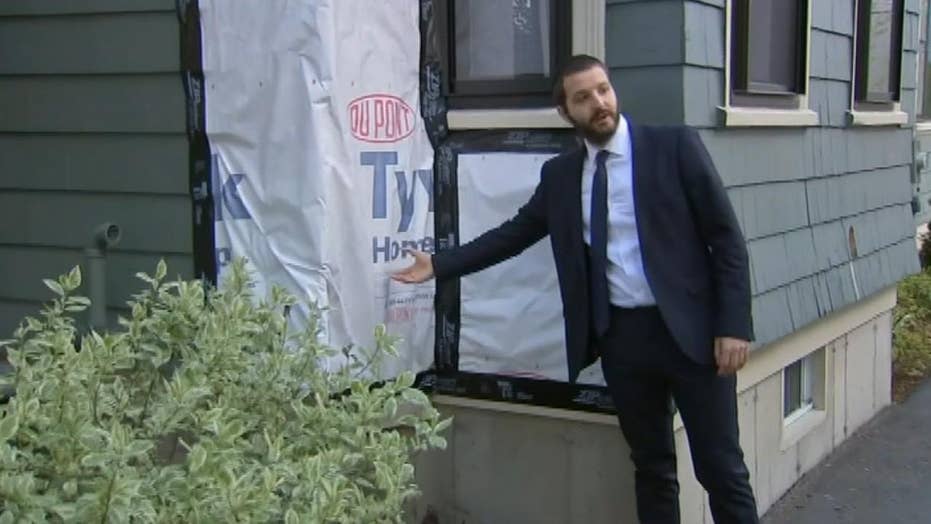 Police Arlington, Massachusetts are trying to figure out if a fire, which they believe was intentionally set, targeted the rabbi because of his faith.

The home of a Massachusetts rabbi – which doubles as a Jewish community center – has been the target of two suspicious fires in less than a week.

Authorities said a fire broke out around 9 p.m. Thursday at the home of Rabbi Avi Burkiet home in Arlington. The light flames burned shingles on one side of the home, officials said.

A police officer patrolling the neighborhood quickly responded to the house, which doubles as the Chabad Center for Jewish Life of Arlington, and used a handheld extinguisher to put out the small blaze, Arlington police said.

The suspicious fire follows another one reported at the home just days ago.

Last Saturday night – at around 11 p.m. – firefighters and police reported to the Rabbi’s home after the fire alarm had gone off.

Burkiet told police that he, his wife and three children exited the home after they heard the alarm go off and smelled smoke.

Firefighters found a small fire burning on the wood shingles on one side of the home. It was quickly extinguished and declared suspicious.

Authorities released a video of a person captured on camera walking away from the home Saturday night.

Neither fire caused damage to the inside of the home and no one was injured. Both blazes are considered suspicious.

Acting Arlington Chief of Police Julie Flaherty said a police officer will now be detailed to the neighborhood full time.

"Out of respect for the privacy of the resident, in the early phases of this investigation, we did not draw attention to the fact that the resident is a rabbi, but as this investigation has continued and after consulting with the resident and the Arlington Human Rights Commission, we, unfortunately, have to leave open all possibilities until the investigation is complete," Flaherty said in a statement earlier this week.

Bukiet told Boston 25 after the Saturday incident that his synagogue had not received any threats.

"An unsettling time for everyone, but there's so much love and so much support that goes around and at these moments you see people coming to the fore and coming to the surface and really showing how much of a community we are," he said.