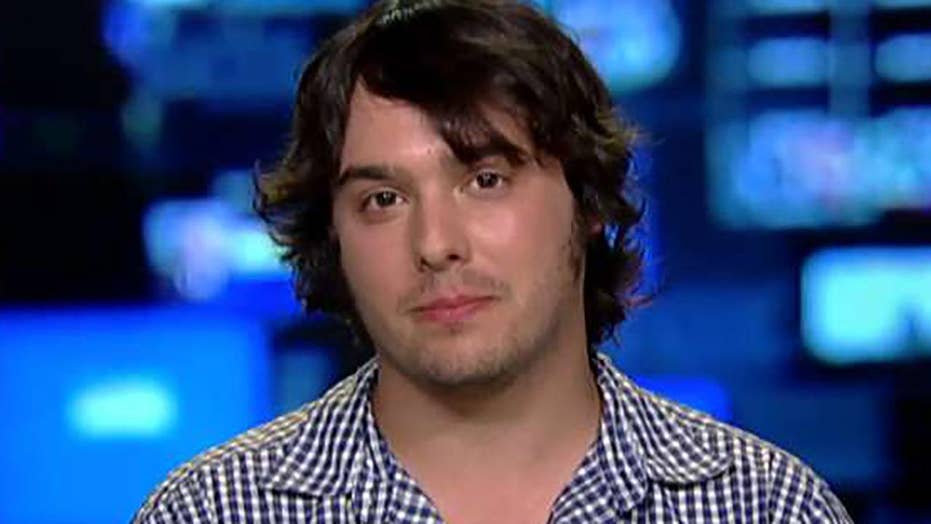 A filmmaker has described how he was threatened by members of Antifa while he attempted to film them destroying property near simultaneous protests in Berkeley, Calif. Sunday.

“They basically confronted me, and said, ‘Get out of here, the police aren’t here, so they can’t help you,’“ Ford Fischer told Fox News’ “The Story” Monday evening.

Fischer, the co-founder and editor-in-chief of livestreaming service News2Share, described that he followed a group of Antifa members, known as the Black Bloc, as they broke off from the main demonstrations at Martin Luther King Jr. Civic Center Park.

“From across the street, I was able to film and zoom in really tight,” said Fischer, who added that after damaging the recruiting office, “somebody threw a lit torch into a dumpster, basically trying to create a dumpster fire.” 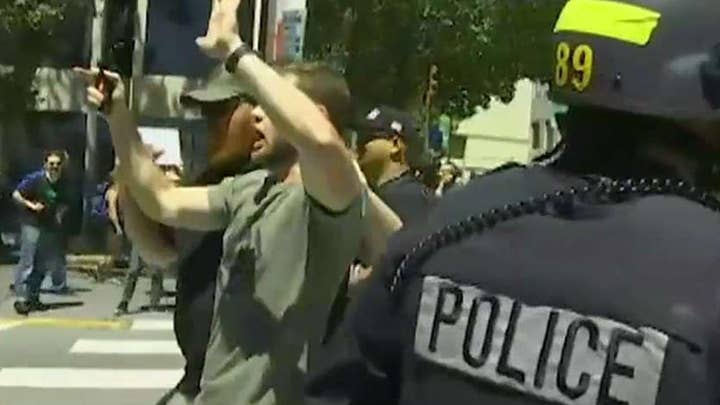 At that point, Fischer says, he was confronted by members of the Black Bloc, and told to leave, which he did.

“Frankly, I have no doubt that I would have been hurt had I not left,” he told Fox News' Sandra Smith.

Berkeley Police said 20 people were arrested at the dueling demonstrations between Antifa and members of the so-called “alt-right.” Three people suffered minor injuries after a group of demonstrators threw “explosives” — believed to be fireworks and flares — at police and Alameda County Sheriff’s officers.

Besides the damage to the Marine Corps post, Berkeley police also said, “an extremist element among a large group” damaged 21 city vehicles, setting one on fire, and slashed their tires. The group also set fires in trash bins, which quickly were extinguished.

“The original protests had relatively little violence,” Fischer said. “It was a lot of people yelling at each other and arguing. Most of the violence and property destruction was this sea of Antifa-type individuals, who were participating kind of on the outskirts.”