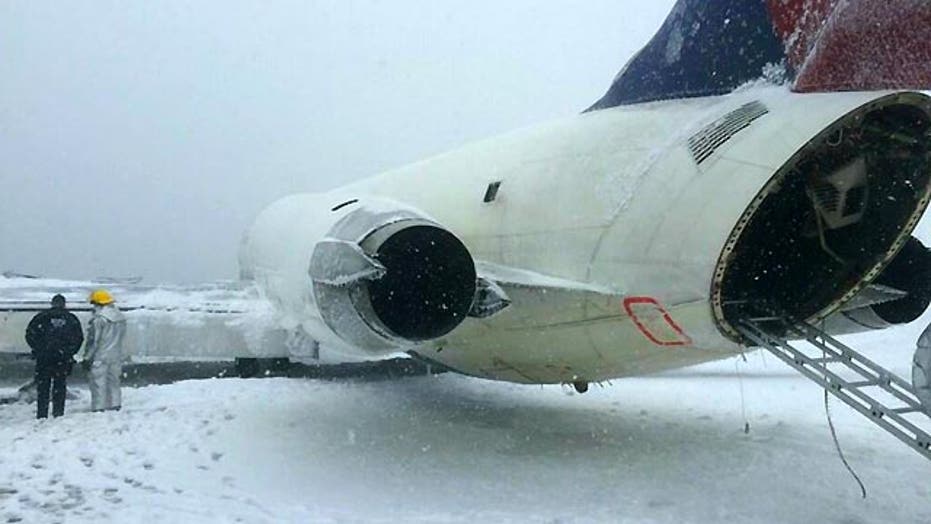 There were no serious injuries aboard the airliner arriving from Atlanta on March 5, 2015, but the National Transportation Safety Board chairman says it was "a very close call."

The Boeing MD-88 veered left, hit a fence with its left wing and came to rest with its nose on an embankment.

The NTSB faulted the pilot for mishandling the landing and faulted the flight crew for failing to evacuate the plane promptly.

Atlanta-based Delta said Tuesday in a statement that it "will use this NTSB guidance to further enhance the safety of our global operation."