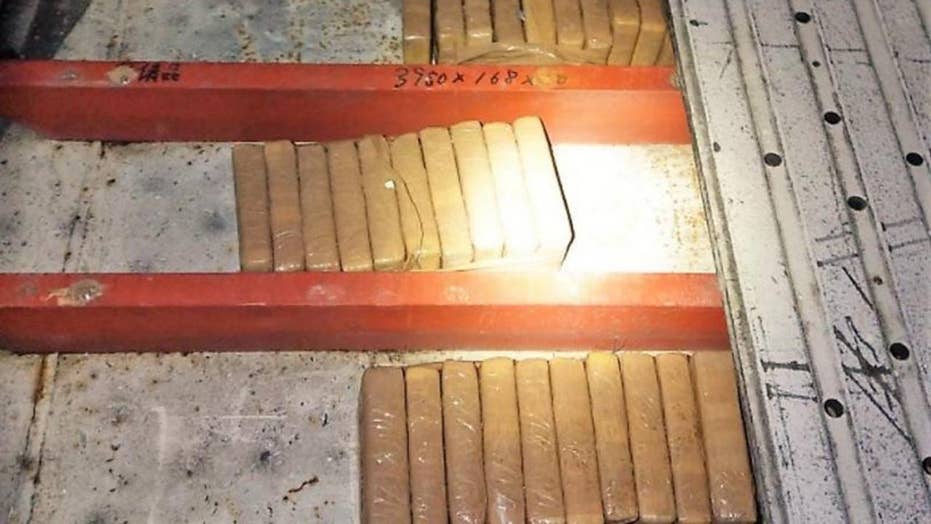 Federal agents discovered more than 200 pounds of cocaine inside of floor boards of a ship at a California port.

Federal agents uncovered more than 200 pounds of cocaine hidden beneath the floorboards of two cargo ships at a California port, according to the Customs and Border Protection department (CPS).

Agents from the Department of Homeland Security and CPS  were reportedly inspecting a refrigerated boat which had arrived from Ecuador to the small town of Port Hueneme, California on January 22 when they made the discovery.

It is not known what the street value for that amount of drugs is.

Just a week after the first discovery, agents found additional seven bundles of cocaine in the floorboards of a boat arriving from Guatemala (U.S. Customs and Border Protection)

“This is the largest drug seizure at Port Hueneme in the last quarter of a century,”she said.

“I’m extremely proud of the results of this joint effort, it shows the professionalism, vigilance and keen focus of both agencies in preventing dangerous drugs into our communities.”