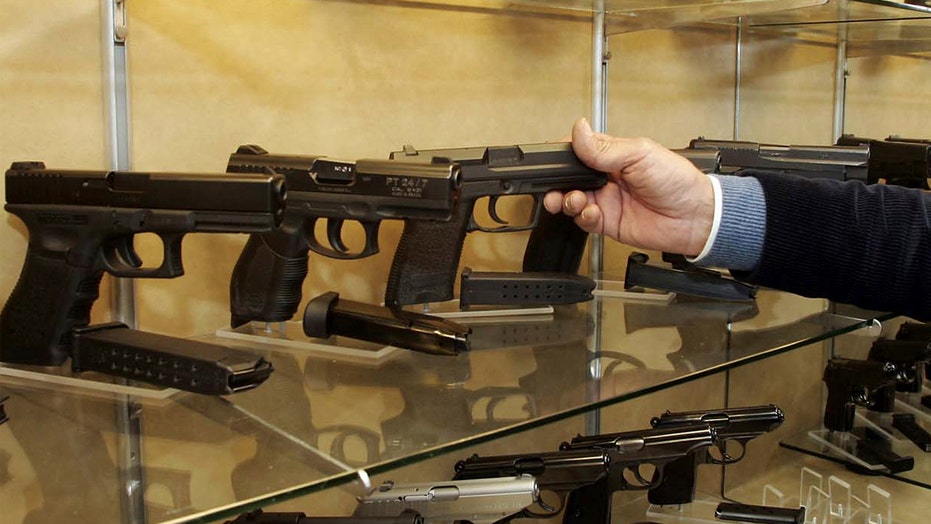 In the most recent Fox News Poll, by an eight-point margin, voters think there would be fewer victims of massshootings if more people carried guns (47 percent) than if guns were banned (39 percent).

Emails reviewed by The Wall Street Journal show agents with the Immigration and Customs Enforcement agency crafted a plan in 2010 to use license-plate readers—devices that record the plate numbers of all passing cars—at gun shows in Southern California, including one in Del Mar, not far from the Mexican border.

Agents then compared that information to cars that crossed the border, hoping to find gun smugglers, according to the documents and interviews with law-enforcement officials with knowledge of the operation.

The investigative tactic concerns privacy and guns-rights advocates, who call it an invasion of privacy. The law-enforcement officials say it is an important and legal tool for pursuing dangerous, hard-to-track illegal activity.

There is no indication the gun-show surveillance led to any arrests or investigative leads, but the officials didn’t rule out that such surveillance may have happened elsewhere. The agency has no written policy on its use of license-plate readers and could engage in similar surveillance in the future, they said.

Last year, the Journal reported that the Drug Enforcement Administration had considered conducting such surveillance at gun shows, but scrapped the plans for unclear reasons. Emails and interviews with law-enforcement officials show ICE went ahead with the strategy in 2010, relying on local police to do so.

Jay Stanley, a lawyer at the American Civil Liberties Union, said the gun-show surveillance “highlights the problem with mass collection of data.” He said law enforcement can take two entirely legal activities, like buying guns and crossing the border, “and because those two activities in concert fit somebody’s idea of a crime, a person becomes inherently suspicious.”

Erich Pratt, executive director of Gun Owners of America, said his group also opposes such surveillance. “Information on law-abiding gun owners ends up getting recorded, stored, and registered, which is a violation of the 1986 Firearm Owners Protection Act and of the Second Amendment,” Mr. Pratt said.