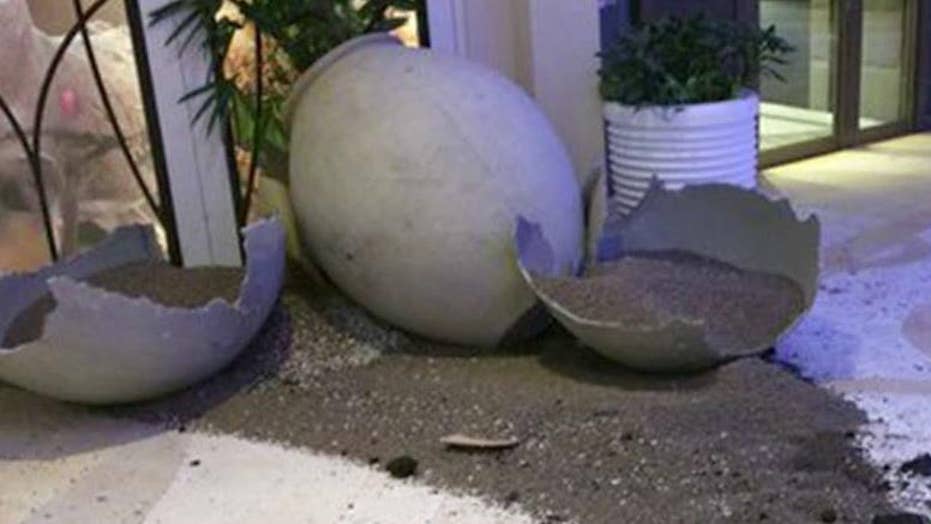 The feds might soon look into a Royal Caribbean cruise ship that sailed into a powerful Atlantic storm with 100-mph winds Sunday, ultimately forcing the captain to turn the ship around.

Royal Caribbean's Anthem of the Seas was set to return to its home port in New Jersey on Wednesday morning, Fox 5 reports.

Florida Democratic Sen. Bill Nelson has called for the National Transportation Safety Board to investigate the voyage that forced frightened passengers into their cabins overnight as their belongings flew around, waves rose as high as 30 feet, and winds howled outside.

"The thing about this storm was that it was forecast for days. So why in the world would a cruise ship with thousands of passengers go sailing right into it?" Nelson said Monday on the Senate floor.

The National Weather Service's Ocean Prediction Center had issued an alert for a strong storm four days in advance, Susan Buchanan with the weather service said. The first warning was issued Saturday for possible hurricane-force winds in the area the ship was scheduled to sail through.

Royal Caribbean announced Monday that the ship was turning around. No injuries were reported, and the ship suffered only minor damage.

"This decision was made for guests' comfort due to weather forecasts" that would continue to affect the ship's itinerary," Royal Caribbean tweeted.

"I was shaking all over," passenger Shara Strand of New York City wrote to The Associated Press via Facebook on Monday. "Panic attack, things like that. ... I've been on over 20 cruises, I've been through a hurricane, it was never like this. Never."

Sixteen-year-old Gabriella Lairson says she and her father, Sam, could feel the ship begin to sway by 2:30 p.m. Sunday. The captain directed passengers to their cabins. There, the Lairsons heard glasses shatter in the bathroom, and they put their belongings in drawers and closets to prevent them from flying across the room. They ventured to the balcony, where Sam Lairson shot video of wave after wave rising below.

"The winds were so strong that I thought the phone would blow from my hands," Sam Lairson, of Ocean City, New Jersey, said in an email. "After that we had to keep the doors to the balconies sealed."

The ship -- with more than 4,500 guests and 1,600 crew members -- sailed Saturday from Cape Liberty, New Jersey. It was originally scheduled to arrive for a stop at Port Canaveral, Florida, at noon Monday, then move on to other stops in the Caribbean.

Guests will get a full refund and a certificate toward a future cruise. Passengers onboard buzzed happily about that news, Strand said.

Gabriella Lairson said that by early Monday morning, people were out and about on the ship, checking out the minor damage in some public areas.

Lairson praised the crew and captain. "They did everything they could to make us feel comfortable," she wrote to the AP on Facebook. She said she and her father were a little disappointed the ship was turning around, but she called it "the best thing for the safety of everyone."

Fellow passenger Jacob Ibrag agreed. "I can't wait to get home and kiss the ground," said Ibrag, who saw water flowing down stairs and helped some people who were stuck in an elevator Sunday as he made his way to his cabin per the captain's orders. The 25-year-old from Queens, New York, then stayed in his cabin until noon Monday, at one point filling his backpack with essentials in case of an evacuation.

Robert Huschka, the executive editor of the Detroit Free Press, was onboard and started tweeting when the inclement weather hit. He told USA Today that the ordeal was "truly terrifying." He described the cruise director nervously giving updates, and he later posted photos of shattered glass panels on a pool deck.

But Huschka was among passengers who found a silver lining in the storm. On Monday, he posted: "The good news? They never lost the Super Bowl signal. Perfect TV picture throughout storm!"

And despite her own worries, Strand said her daughter, 8-month-old Alexa, slept through the entire episode.