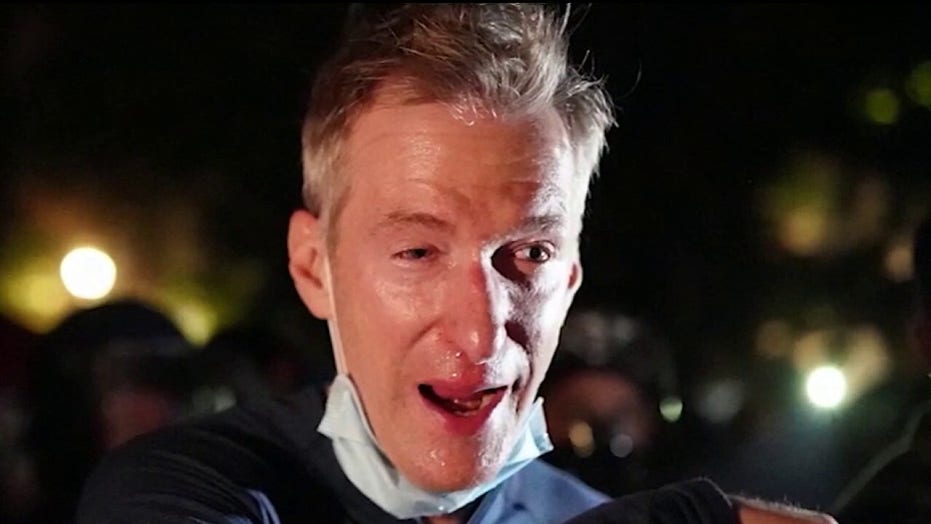 Mayor Ted Wheeler was booed, told to resign, given a list of demands and tear-gassed by federal agents at a riot in Portland, Ore; Dan Springer reports on the latest.

A federal judge on Thursday barred federal agents in Portland from dispersing, arresting, threatening to arrest, or using force against journalists or legal observers.

U.S. District Judge Michael H. Simon issued the 14-day temporary order following a lawsuit by the American Civil Liberties Union of Oregon, which cited statements from journalists and legal observers who said they had been targeted by authorities.

Federal agents said they had been protecting government property from protesters and that journalists were incidentally caught up in their efforts to stop the violence, but Simon said indications suggested otherwise. 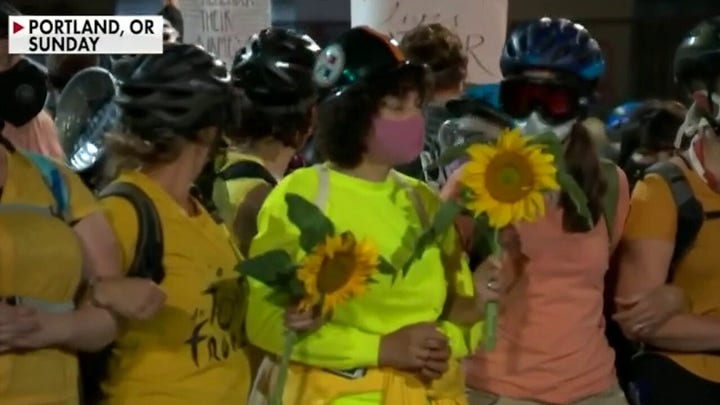 The order also states that federal officers cannot unlawfully seize any photographic equipment, recording equipment, or press passes from people they reasonably should know is a journalist or legal observer.

Federal officers, however, won't be liable for unintentional violations of the court order. An example is if a journalist or legal observer remains in an area and becomes “incidentally exposed to crowd-control devices” after officers give a lawful order to leave.

The judge wrote that any “willful violation'' of the order or any direction by a federal supervisor or commander to disregard or violate it will be considered a violation of “a clearly established constitutional right,” meaning they won't be protected by qualified immunity.

Attorney Andrew Warden of the U.S Department of Justice had argued that federal officers can’t stop to figure out who’s a member of the press or a legal observer when fireworks were being shot at them or lasers were shined in their eyes, according to The Oregonian.

He added that agents need to make quick decisions and it would be too hard to determine who the peaceful protesters from violent ones, the paper reported.

The temporary restraining order for federal officers echoes a similar granted earlier this month by the judge, which blocked Portland Police from arresting or using physical force against journalists or legal observers -- unless they "reasonably know" that person has committed a crime.

Portland has been among the centers on the West Coast for rioting and demonstrations following the May 25 death of George Floyd in police custody in Minneapolis. Seattle, Phoenix, the San Francisco Bay Area and Los Angeles also have seen frequent protests.

On Thursday, a demonstration in Beverly Hills, Calif., resulted in the arrests of a dozen protesters, including at least one person for an alleged "assault on a police officer," FOX 11 of Los Angeles reported.

Officers reportedly gave the group of roughly 75 people disperse orders before surrounding and taking multiple people into custody after the crowd's "failure to comply," according to the station.