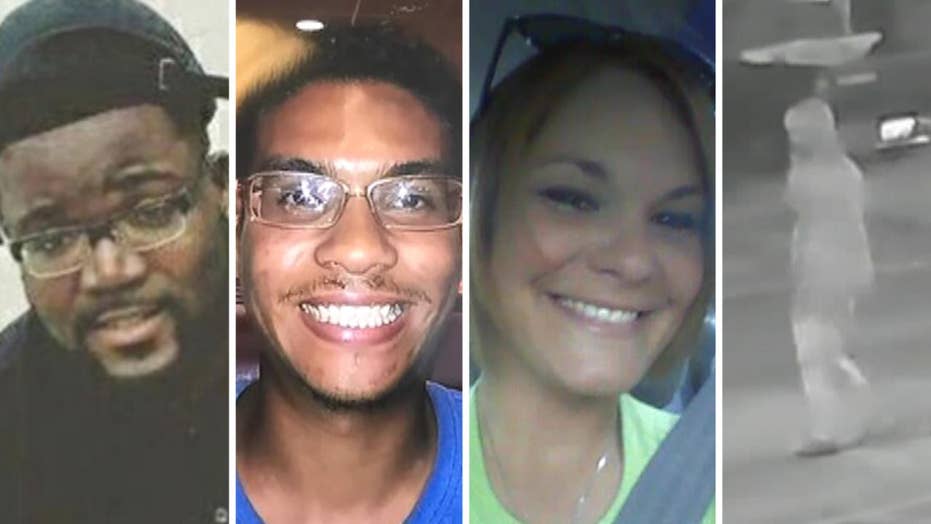 Tampa residents fears a serial killer is on the loose

Police investigating three killings in 10 days in the same neighborhood; Steve Harrigan reports on the latest.

Fears of a serial killer have police in Tampa escorting children to school in one neighborhood near downtown, and a city bus changed its usual route.

Three people were shot and killed in the quiet neighborhood of Seminole Heights. The shootings all took place within a one mile radius, a fact that has led police to believe that there is a link between the killings.

All three victims, who didn’t know each other, rode the bus and were alone when they were shot on the street. None of the victims were robbed.

Nearly two weeks after the first shooting, police are left with no motive and no suspect. With so much uncertainty surrounding the killings, some residents are locking themselves inside their homes.

Business owners have reported a downturn in recent days.

Maria Maldonado, who lives near the scene of two of the shootings, refused to let her 7-year-old son play in the yard.

“We don’t open the door or nothing. A lot of people are scared. I’m scared for my son, for the neighborhood,” she said.

Majed Forahaa, a local store owner, said he has a concealed carry permit for a handgun that he keeps with him while he's working.  When it’s time to walk to his car at the end of his night, Forahaa says he holds it in his hand.

Police have even had to escort children to class on Monday as parents weigh their fear against sending their children to school.

Even the city bus altered its usual route to avoid making a pattern.

Tampa Mayor Bob Buckhorn said the city has put dozens of officers in the area around the clock. The FBI and the Bureau of Alcohol, Tobacco, Firearms and Explosives are also helping, he said.

“There aren’t a lot of facts, or evidence, yet, but it’s not for lack of Tampa Police Department trying. We literally have put bodies out here by the dozens. We’re going to find this guy and we’re not leaving this neighborhood till we do,” Buckhorn said.