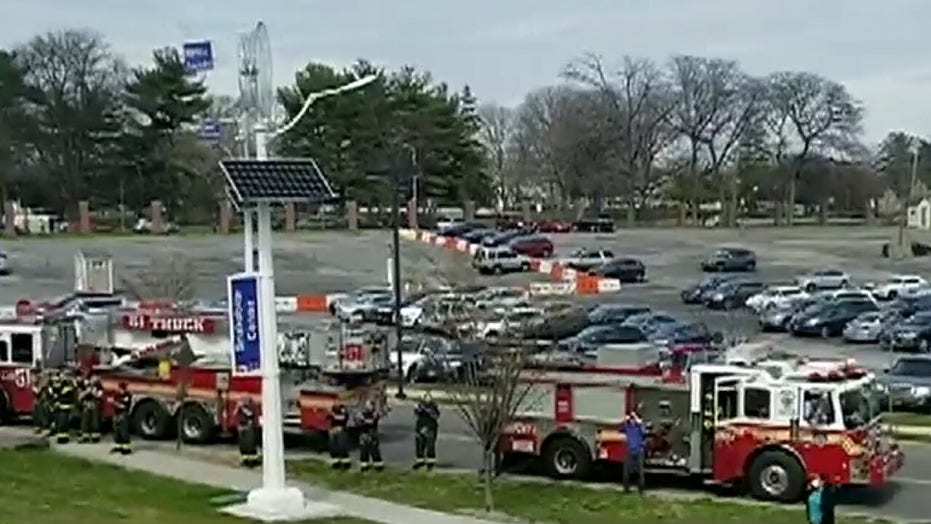 Firefighters hand out candy and treats at Jacobi Medical Center in the Bronx during the coronavirus pandemic.

New York Fire Department (FDNY) paramedic Christell Cadet awoke on Sunday from a monthlong coma thought to be caused by the novel coronavirus, according to representatives from her union.

The EMS union representing Cadet, 34, said she was on light duty due to her asthma and likely became infected while working out of her station house, WPIX reported.

After Cadet was hospitalized, her mother, Jessie, reportedly lobbied for first responders to receive greater protection as they continue to battle COVID-19.

"She had to be at work and that was unfortunate for her," Jessie had said. "That day she went to work and the next day she didn't make it."

NYPD DISPATCHES 1,000 OFFICERS IN NYC TO ENFORCE SOCIAL DISTANCING AS WEATHER WARMS UP

On Sunday she announced that Cadet was "awake, talking and recovering at home."

"Thank you ALL so much for your continued prayers and your generosity," Singleton added. "Her rehabilitation and journey to 100% recovery begins."