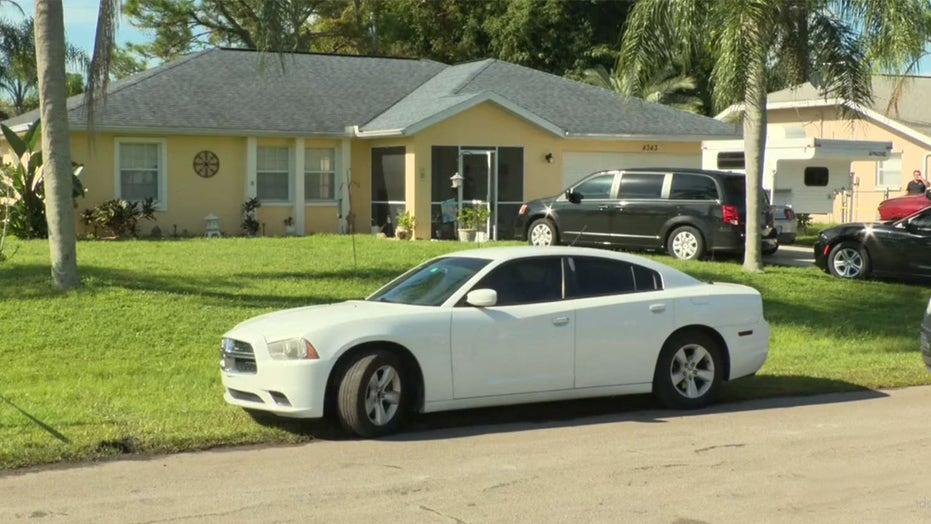 NORTH PORT, Fla. – The FBI announced a search warrant twice before removing Chris and Roberta Laundrie from their home in North Port, Florida, and placing them in an unmarked van on their lawn.

Brian Laundrie, their son, is a person of interest in the Gabby Petito investigation. On Sunday, authorities found a body in Wyoming that is believed to be Petito's.

After more than an hour, Chris and Roberta Laundrie returned to their own home, with FBI agents still on location.

Police cordoned off the area and cleared the street moments before FBI arrived, telling people "you’re in a crime scene." Brian Laundrie is not believed to be at the home and a massive manhunt has been underway since Friday.

Laundrie arrived at his parents' home Sept. 1, according to authorities, 10 days before Petito's mother reported her missing. But when officers entered the home on Sept. 17, they were stunned to find out that his parents had last seen him Sept. 14.

Around 20 FBI agents and police officers went inside the property on Monday. Laundrie attorney Steven Bertolino told Fox News Digital "no comment" when asked about the FBI search.

The FBI confirmed in a tweet that it is executing a court-authorized search warrant at the home Monday for its "active and ongoing investigation."

The North Port Police Department told Fox News earlier on Monday that it "currently has no plans to conduct a major search of the Carlton Reserve today" – the place in Florida where authorities had been looking for Brian Laundrie over the weekend.

"At this time, we currently believe we have exhausted all avenues in searching of the grounds there," North Port Police Public Information Officer Josh Taylor said. "Law enforcement agencies continue to search for Brian Laundrie."

In Wyoming, the Teton County Coroner's Office has scheduled an autopsy on the body believed to be Petito for Tuesday, telling Fox News they are bringing in a forensic pathologist from Sheridan.

The autopsy is expected to take 1-2 hours, though microscopic inspection could push it even longer. The coroner's office would not comment on when the report would be made public.