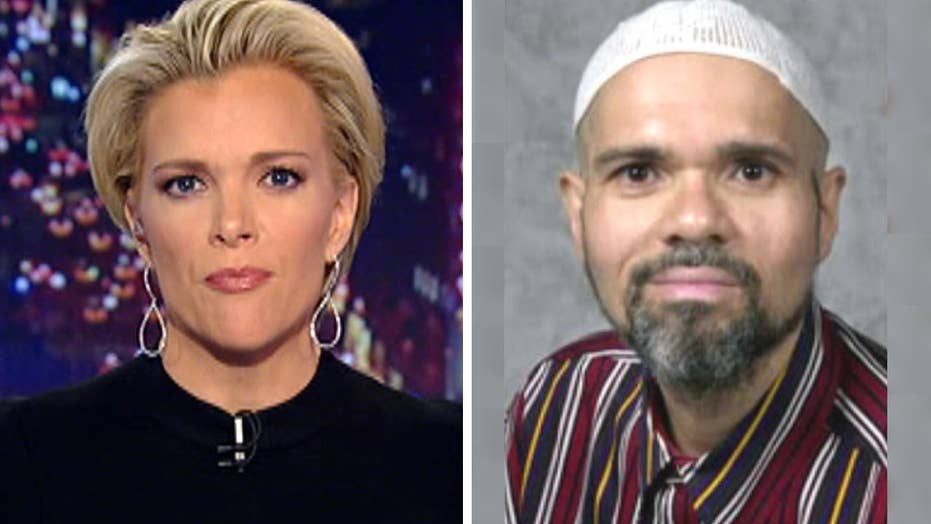 Kent State professor accused of trying to recruit for ISIS

A Kent State professor long known for fiery anti-Israel rhetoric is under investigation for alleged links to ISIS, and an independent probe Tuesday turned up disturbing posts on his purported Facebook page praising Usama bin Laden and urging Al Qaeda fighters to merge with the black-clad terror army.

"Sheik Osama (May Allah be Pleased with Him) was the greatest, and desrves (sic) praise for kicking off this jihad," one post from an account in Julio Cesar Pino's name begins. The post, which has since been deleted, was preserved in a screenshot by The Clarion Project, a New York-based research institute that monitors international terrorism.

It continues: "However, the organization he left behind is not the same AQ he founded. The brave warriors of AQAP and the Nusraf Jabbat should join #IslamicState."

An FBI spokeswoman confirmed to the Akron Beacon Journal that the bureau was looking into Pino, an associate professor of history, for ties to the terrorist group. Pino is also known by the Muslim name Assad Jibril Pino, according to his essay "Born in The Fist of the Revolution: A Cuban Professor's Journey to Allah."

"Kent State is fully cooperating with the FBI," the University said in a follow-up statement. "As this is an ongoing investigation, we willl have no further comment. The FBI has assured Kent State that there is no threat to campus."

"If I was a student there, I would not go on campus, personally."

Pino, a Cuban-born convert to Islam, denied the allegations.

“I’ve never broken the law,” he told the Beacon Journal. “I support no violence or violent organizations. One man or one woman’s interpretation of events can be very different from another’s. As they say, ‘Haters gonna hate.’ Truth always prevails, and truth will prevail in this case.”

Pino blamed his past rhetoric for possibly inspiring the probe.

“I can only imagine, given my past record at Kent State dealing with controversial issues about the Middle East, some people may be favorable or unfavorable,” he said. “Rumors start, and that’s the only thing I can think would draw attention from a government agency.”

Attempts by FoxNews.com to reach Pino via phone and email were unsuccessful.

The FBI has already questioned several of Pino’s colleagues and students, the Beacon Journal reported.

Emily Mills, the editor-in-chief of student newspaper the Kent Stater, said she was among those interviewed.

“They said they were looking into his alleged ties to the Islamic State,” Mills told the Beacon Journal. “They said it was an ongoing investigation and that they were questioning faculty and other students.”

A Kent State spokesperson said the FBI assured the college there was no threat to the school.

We find Prof. Pino’s comments reprehensible & counter to our core values. He does not speak on behalf of @KentState. https://t.co/aKrArapaXX

Pino has a long history of making controversial and anti-Semitic statements.

In a 2014 “open letter” to “academic friends of Israel,” he accused pro-Israel members of the academic community as being “directly responsible for the murder of over 1,400 Palestinian children, women and elderly civilians.” He signed that letter “Jihad until victory!”

He also shouted “Death to Israel” during a presentation by a former Israeli official in 2011, eulogized a Palestinian suicide bomber in the Kent Stater and allegedly posted jihad-promoting messages on a jihad website in 2007.

The call to join ISIS from Pino's purported Facebook page was just one of many troubling posts.

In the "Intro" section the account claims Pino studied "Overthrowing the Government at UCLA." Pino received his Ph.D. in History from UCLA, according to his Kent State online bio.

On Sept. 14, 2014, the account posted a photo of two masked Islamist fighters with the comment, "Keep it a secret: That's me on the left!"

In August 2012, the account posted a photo of Pino standing in front of the U.S. Capitol Building. A comment below the picture from Pino's account said, "I come to bury D.C., not to praise it."

Ryan Mauro, a National Security Analyst for the Clarion Project, called some of the postings "smoking gun material."

"Anyone that is a supporter of ISIS needs to be considered an imminent threat," Mauro told FoxNews.com. "If I was a student there, I would not go on campus, personally."

A Fulbright Scholar and a member of Phi Beta Keppa, Pino has written numerous magazine and journal articles and authored a book in 1997, "Family and Favela: The Reproduction of Poverty in Rio de Janeiro." Pino is listed in "Who's Who in American Education" and "Who's Who in America."

Pino has a B-minus average on ratemyprofessors.com and numerous bad reviews from former students.

"Pushes his personal views WAY too much," one student wrote. "Stay away from him. Awful professor."

Another wrote: "This professor is knowledgeable, but may insult you with his opinions."