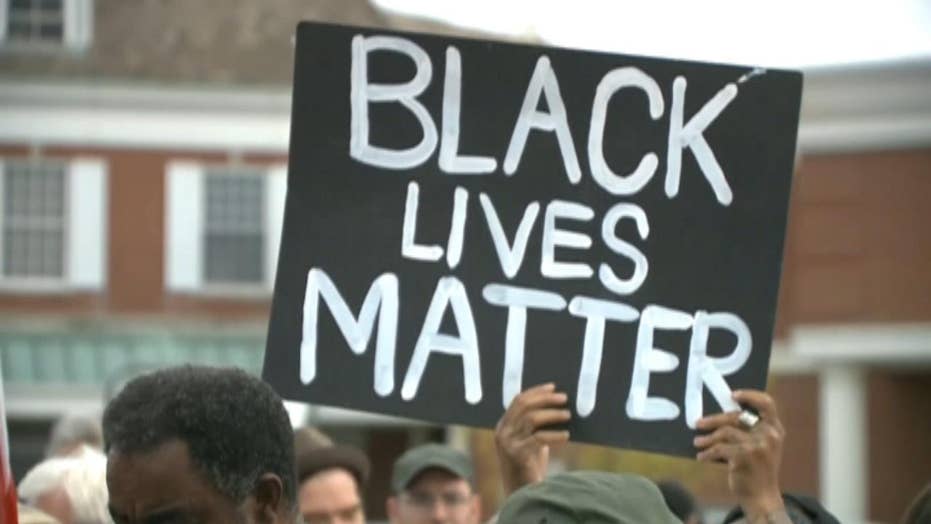 In a leaked FBI counterterrorism report, “black identity extremist” or BIE are described as a domestic threat for motivating attacks against law enforcement. Critics say the government report is racist, targeting African Americans, while the FBI stands by its findings.

The 2014 shooting of Michael Brown in Ferguson, Mo., has spawned a violent domestic threat from “black identity extremists” who have stepped up attacks on police, according to an explosive new report by the FBI’s counterterrorism division.

The warning, first reported by Foreign Policy magazine, says that “it is very likely BIEs proactively target police and openly identify and justify their actions with social-political agendas commensurate with their perceived injustices against African Americans ...”

Brown, an African-American 18-year-old, was shot in August 2014 after struggling with white police officer Darren Wilson. Although Brown's supporters claimed it was a deadly case of police brutality, Wilson was cleared of wrongdoing and resigned in November 2014.

Hours before Michael Brown's fatal confrontation with a police officer in Ferguson, Mo., he was seen on a surveillance camera in a nearby store. (Reuters)

Police officials said that Wilson stopped Brown after getting a call about a robbery at a convenience store in which the clerk was strong-armed after the suspect – with whom Brown was a match -- attempted to leave.

Wilson and Brown got into a scuffle as Brown reportedly reached for the police officer’s gun, and Wilson then gave chase, shooting him. Brown's family said he had his hands up when he was shot, police said it was untrue.

The shooting led to protests in Ferguson that then spread to other parts of the country. It gained added momentum after subsequent racially charged police shootings, spurred on via social media and the group Black Lives Matter.

The FBI report said that the agency previously had analyzed the potential for violence of black identity extremism, a term that was unfamiliar before it appeared in the document. What has changed, according to the report, is that violence has now actually occurred and is 'likely" to continue.

Attacks in which police officers are targeted have been on the rise in recent years. The most high-profile such incident occurred last year in Dallas, when a gunman named Micah Johnson hid in a parking garage and fired on 11 police officers, killing five of them, during a protest against officer-involved shootings. The FBI report noted that Johnson referred to anger over police shootings and toward whites as what drove him to kill the five police officers.

DeRay Mckesson of Black Lives Matter told The Guardian the terrorism report echoes the days when the FBI tracked activist groups including the NAACP and those that opposed wars.

“We knew that we were likely being watched,” said Mckesson, a longtime critic of government monitoriing of protest groups. “This is confirmation that the work of social justice continues to threaten those in power.”

The Guardian also quoted an unnamed source it described only as a former senior official from the Department of Homeland Security saying that the category "black identity extremist" was troubling.

Police officer Darren Wilson during his medical examination after he fatally shot Michael Brown, in Ferguson, Mo. (The Associated Press)

"This is a new umbrella designation that has no basis," the source is quoted as saying. "There are civil rights and privacy issues all over this."

But others say that the FBI is correctly sounding an alarm about a serious trend.

"We have to be able to distinguish between free speech and violence," Walter said. "[Many] longtime [black] activist groups were not obsessed with violence."

Randy Sutton, a former Las Vegas law enforcement official who now is the national spokesman for Blue Lives Matter, told Fox News that the FBI report makes official what he and others in police work have been observing in recent years.

"Nobody is saying anything negative about protests," Sutton said, "Protesting is everyone's right. This is about commiting acts of violence. Many Black Lives Matter protests call for violence against police, with chants like 'What do we want?' and 'Dead cops!' It's terrorism, and it's no different than Islamic terrorism."

Sutton said the rising number of ambush attacks on police has had a chilling effect on how they do their jobs.

"Police are not being as aggressive because of the political climate," he said. "There's been a dramatic decrease in proactive policing."