Dr. Fauci suggests sometimes you have to do something ‘draconian’ to combat viruses

The infectious disease expert told The Atlantic that draconian measures are sometimes necessary even if they have ‘collateral negative consequences.'

Dr. Anthony Fauci, director of the National Institute of Allergy and Infectious Diseases, said he wants to inspire a new generation of scientists upon his retirement after decades of service in the federal government.

In an interview with The Atlantic in Washington .D.C., Fauci, 81, who has been praised and vilified during the pandemic as he became the face of the American government's policies to mitigate the spread of COVID-19, talked about what life for him will be like in the coming months.

"I'm not going to retire in the classic sense," he said. "How can I further contribute to society both domestic and global? At my age, I have a few more years to do something."

"Having the experience I've had. I've been at the NIH (National Institutes of Health) for 54 years. I've directed the largest research institute for infectious diseases in the world for 38 years, what can I contribute? I think what I can contribute is the benefit of my experience to hopefully inspire the younger generation of scientists and would-be scientists," he added.

Anthony Fauci, director of the National Institute of Allergy and Infectious Diseases, admitted Wednesday that the COVID-19 lockdowns were "draconian" but necessary. He said he wants to use his experience to inspire a younger generation of scientists.  (Getty Images)

The remarks came during The Atlantic Festival, a three-day convention put on by the media outlet The Atlantic featuring speeches and interviews from prominent members of the media, the government and political activists.

In August, Fauci announced that he will retire in December to "pursue the next chapter."

"It has been the honor of a lifetime to have led the NIAID, an extraordinary institution, for so many years and through so many scientific and public health challenges," he said in a statement at the time. "I am very proud of our many accomplishments."

Fauci has served as NIAID director for nearly four decades and has served under seven presidents, beginning with President Ronald Reagan "on newly emerging and re-emerging infectious disease threats including HIV/AIDS, West Nile virus, the anthrax attacks, pandemic influenza, various bird influenza threats, Ebola and Zika, among others, and, of course, most recently the COVID-19 pandemic."

Throughout the pandemic, he was praised and vilified as federal, state and local governments either imposed or declined to put in place measures and restrictions to curb the spread of the virus.

On Wednesday, he said knew the "draconian" COVID-19 policies he pushed for would lead to "collateral negative consequences" for the "economy" and "schoolchildren." 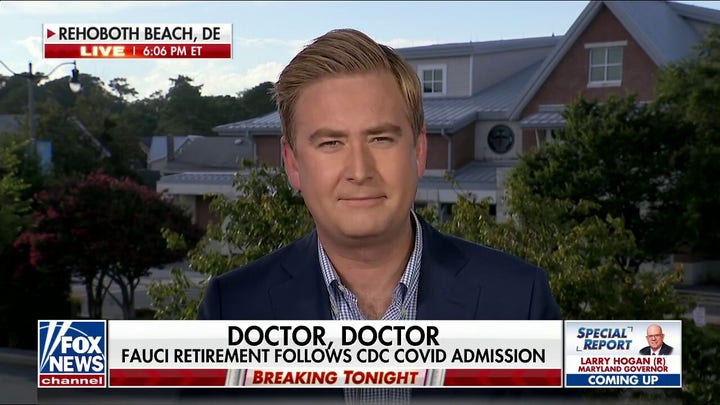 "Of course, when you make recommendations, if the primary goal when you’re dealing with a situation where the hospitals were being overrun in New York, intensive care units were being put in hallways, you have to do something that’s rather draconian," he said.