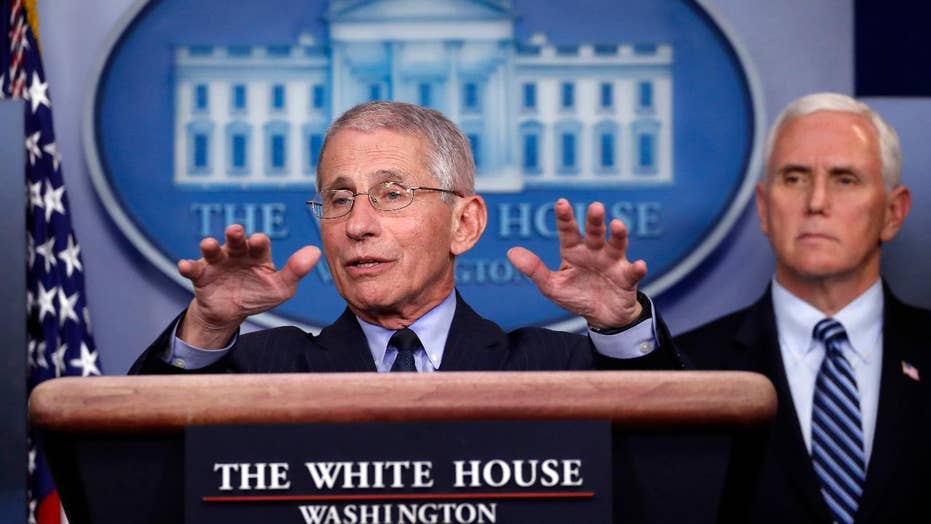 A leader in the fight against coronavirus is responding after bolstering his security detail amid death threats and some unwelcome messages, according to reports.

Dr. Anthony Fauci, director of the National Institute of Allergy and Infectious Diseases, told NBC's "Today" show Thursday morning: “I’ve chosen this life, I know what it is.”

After Fauci gained heightened public attention -- appearing at daily White House briefings and taking media interviews about the outbreak of the virus -- Department of Health and Human Services Secretary Alex Azar reportedly became concerned for the doctor’s safety. The HHS Inspector General’s Office, the agency’s law enforcement arm, reached out to the U.S. Marshals Service for advice about protecting the doctor, the Washington Post was the first to report.

“There are things about it that are sometimes disturbing, but you just focus on the job that you have to do and just put all that other stuff aside and try as best as possible not to pay attention to it and just forge ahead," Fauci said. “We have a really very difficult situation ahead of us. All of that other stuff is secondary.”

The nature of the threats was not made clear by authorities.

Upon the recommendation of the Marshals Service, the State Department signed off on a request to deputize at least nine HHS special agents to provide protective service for Fauci, the New York Times reported. Several officers from the Washington, DC., Metropolitan Police Department already were stationed outside Fauci’s home, CNN reported last week.

In response to questions about his strained voice, Fauci, 79, told "Today" that he was physically healthy but “all I do every day is brief people, governors, senators, White House, interviews.

“I just need to keep my mouth shut for a little while and it’ll get better,” he said.

Fauci has drawn both admirers and critics online recently, most notably going viral for face-palming during a White House Coronavirus Task Force briefing last month when President Trump referred to the State Department as the “deep state department.”

Fauci declined to answer a question about his advanced protective detail during the briefing, prompting Trump to quickly interject, saying: “He doesn’t need security. Everybody loves him.”

Fauci has drawn the ire of some conservatives for swaying Trump from reopening the economy before Easter. Offering the latest projection, he and Birx warned that even if the U.S. continues restrictions -- keeping the economy closed and most Americans in their homes -- the coronavirus could still leave 100,000 to 240,000 people in the United States dead and millions infected. 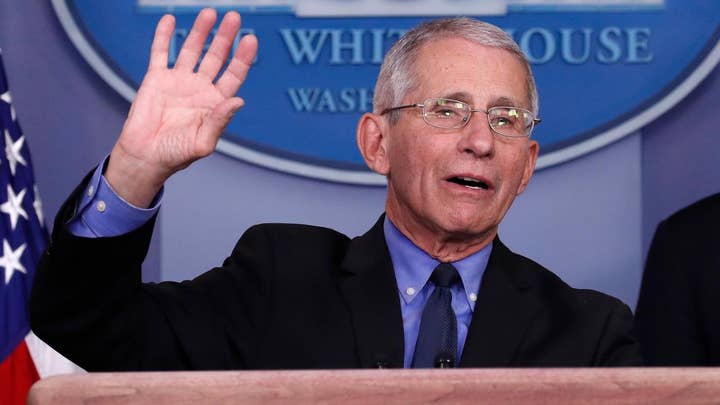 The doctor, who has been leading the nation’s effort to develop a COVID-19 vaccine, isn't shy about correcting the president, once interjecting  when Trump claimed a vaccine would be available to the public in a few months. In actuality, the vaccine would take about a year and a half at best to develop, Fauci said.

He is an immunologist, who graduated first in his class from Cornell’s medical school, has been the director of the National Institute of Allergy and Infectious Diseases since 1984 during both Republican and Democratic presidencies. While Trump has praised the doctor, some of the president's supporters and conservative commentators have criticized Fauci and accused him of being partial to former Secretary of State Hillary Clinton during hearings into the 2012 attacks on the American compound in Benghazi, Libya.