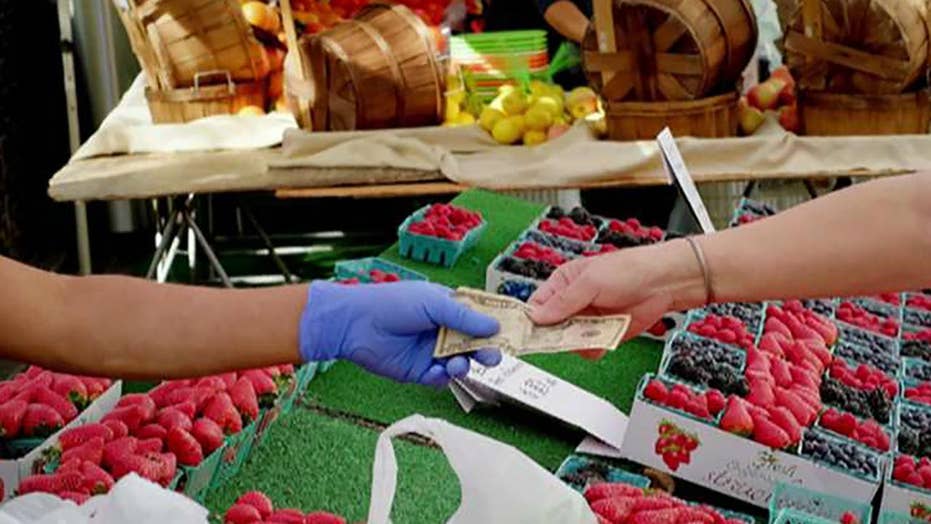 Reaction on 'The Story' to claims of racial bias.

Two California professors are criticizing farmers’ markets for causing “environmental gentrification” in which “habits of white people are normalized.”

Environmental gentrification is defined as a process where “environmental improvements lead to … the displacement of long-term residents,” according to the anthology.

The professors, as reported by Campus Reform, say farmers’ markets are “exclusionary” because locals cannot “afford the food and/or feel excluded from these new spaces.”

The SDSU professors, who teach classes like “Geography of Food” and “Food Justice,” argue that “farmers’ markets are often white spaces where the food consumption habits of white people are normalized.”

While such markets are typically set up to help combat “food deserts” in low-income and minority communities, the academics argue that they instead “attract households from higher socio-economic backgrounds, raising property values and displacing low-income residents and people of color.”

“The most insidious part of this gentrification process is that alternative food initiatives work against the community activists and residents who first mobilized to fight environmental injustices and provide these amenities but have significantly less political and economic clout than developers and real estate professionals,” the professors argue.

They claim that, while “curbing gentrification is a vexing task,” the negative externalities of “white habitus” formed at farmers’ markets can be managed through “slow and inclusive steps that balance new initiatives and neighborhood stability to make cities ‘just green enough.’”

Joassart-Marcelli and Bosco received funding from the National Science Foundation to research “the role of food in structuring everyday life in immigrant and low-income urban neighborhoods.”