Homan on Mollie Tibbetts murder: This is why we need a wall

On 'Fox & Friends,' the former ICE acting director calls on Democrats to stop playing politics and fix the immigration system 'once and for all' after an illegal immigrant is accused of killing the Iowa college student.

The Mexican national accused of murdering college student Mollie Tibbetts in Iowa last month lived in the United States illegally for several years -- and worked for a farm that used Social Security Administration data in part to vet potential employees, according to officials there.

However, Yarrabee Farms co-owner and manager Dane Lang clarified Wednesday afternoon that the farm did not use a federal E-Verify check on suspect Cristhian Rivera, despite the company's claim earlier in the day that it did.

Lang said Rivera provided a state-issued photo identification and social security card. “We learned that our employee was not who he said he is.” 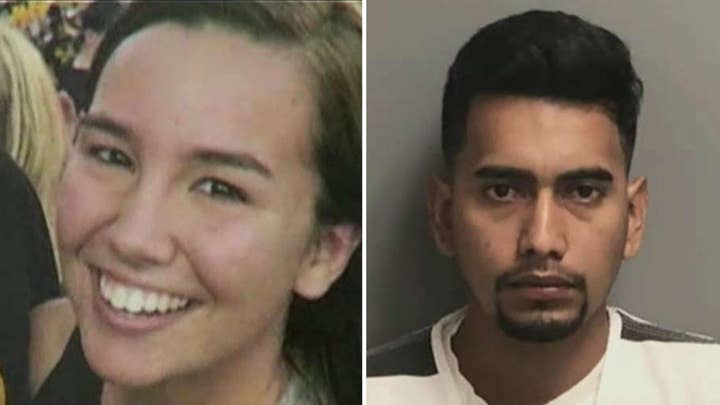 Rivera, 24, was arrested and charged with first-degree murder Tuesday after the body of Tibbetts, a 20-year-old University of Iowa student, was discovered in a cornfield about 12 miles southeast of Brooklyn, where she was last seen running. Police said Rivera was in the country illegally and an immigration detainer was placed on him after his arrest.

Lang said earlier that all documents regarding Rivera’s employment have been turned over to authorities. Yarrabee Farms is owned by the family of Craig Lang, the former president of the Iowa Farm Bureau and a former GOP primary candidate to be Iowa's Secretary of Agriculture.

United States Citizenship and Immigration Services told Fox News: "A search of records by USCIS revealed Rivera did not make any DACA requests nor were any grants given. We have found no record in our systems indicating he has any lawful immigration status." DACA, or Deferred Action for Childhood Arrivals, was instituted during the Obama administration and allows some immigrants brought to the U.S. illegally as children to remain in the country.

Investigators have said he arrived to the U.S. illegally from Mexico at some point between 4 and 7 years ago. 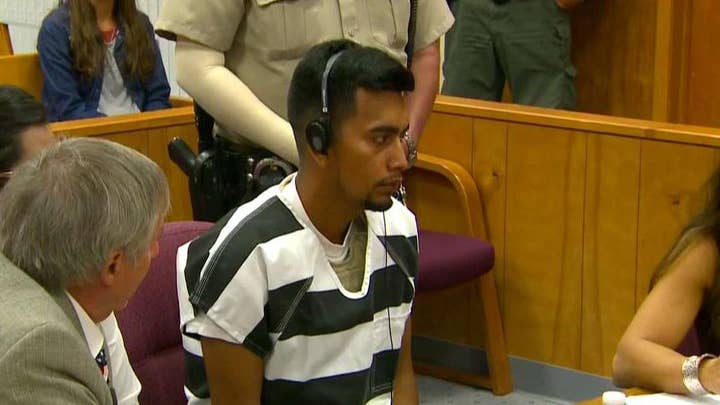 A search of Iowa court records revealed no prior criminal history for Rivera, and it's unclear whether he'd ever been subject to prior deportation proceedings.

Identity fraud is the most common way illegal immigrants and "unscrupulous employers" try to thwart the system, said Jessica Vaughan, the director of policy studies for the Center for Immigration Studies.

While the details regarding how Rivera may have gamed the system remain unclear, Vaughan said many of the cases prosecuted in the past have seen an illegal immigrant simply purchase fraudulent identities.

“There have been cases of inmates selling their identities because they are incarcerated and don’t need them,” she said.

In one Massachusetts case, a hiring manager actually had an agreement with an identity vendor across the street who would help any illegal immigrant receive an identity that would pass muster, Vaughan said.

“They would send them across the street and tell them to come back later,” she said.

Rivera’s arrival to the U.S. as a teenager has also raised questions about if he may have been a so-called “Dreamer,” who may have qualified for the Obama administration's Deferred Action for Childhood Arrivals.

Vaughan, however, said it is unlikely because to qualify for DACA, an illegal immigrant child must have lived in the U.S. for at least five years before 2012. If Rivera arrived in 2011 – the earliest officials believed he could have crossed the border from Mexico – he would not have fit the criteria.

USCIS officials have not confirmed any possible DACA status for Rivera.

“There are a lot of layers to peel off,” Vaughan said.