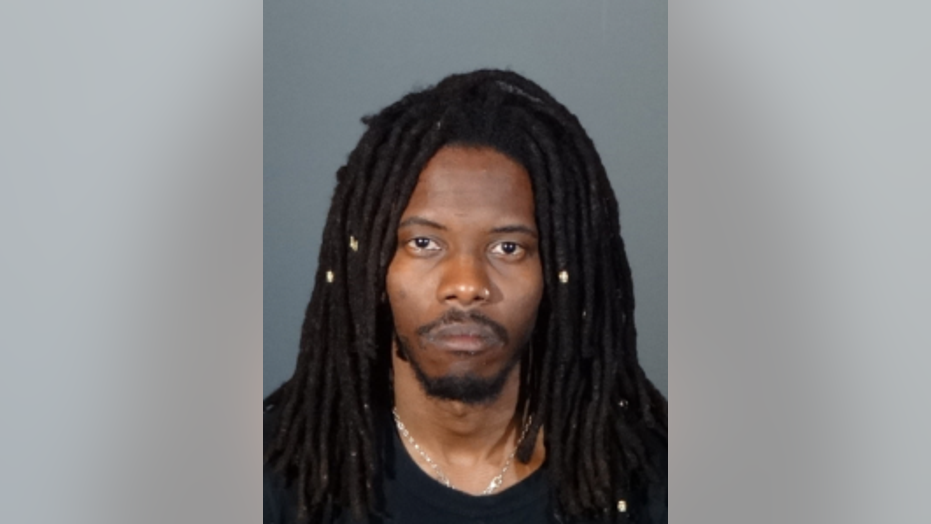 Police in Los Angeles arrested a man last week they said attempted to kidnap a 6-year-old girl while she was sitting at a restaurant with her family, reports said.

Evan McLaurin-Nelson, 31, who is believed to be homeless, approached the family multiple times as they were having dinner on Jan. 4 at a pizza restaurant in Venice, police said. He then tried to grab the girl, 6, who was sitting on her mother's lap, police said.

Surveillance video shows the girl's uncle grab the suspect by the hair and throw him onto the ground, police said. Another relative helped to hold him down.

Riley Pegram, the girl's father, said it took six officers to finally arrest the suspect who yelled that he needed to "save her."

Evan McLaurin-Nelson, 31, allegedly approached the family multiple times as they were eating dinner, attempting trying to grab the six-year-old girl who was sitting on her mother's lap outside the patio of the unnamed pizza restaurant in Venice, Calif.  (Los Angeles Police Department)

"They got him down, but the whole time he was just yelling out loud, 'Save the girl, I need to save her,'" Riley told Los Angeles's KABC. Riley said it appeared McLaurin-Nelson was on drugs.

McLaurin-Nelson moved to California three years ago from Las Vegas and is believed to be homeless, the Los Angeles Police Department said, according to the outlet. His arrest record in both states includes battery, indecent exposure, and disorderly conduct.

He pleaded not guilty on Wednesday to charges of attempted kidnapping and one count of resisting or obstructing police, according to the Los Angeles County District Attorney's Office.