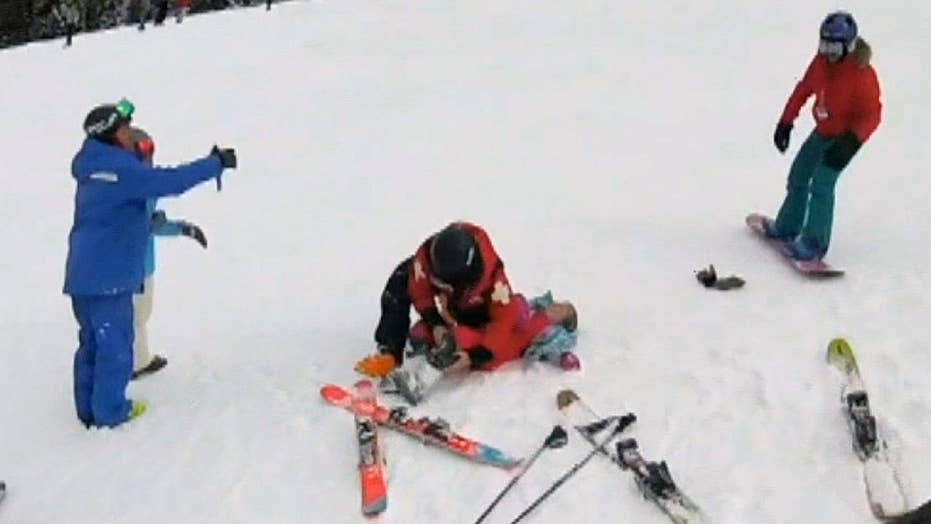 The family of a Utah girl who fell 30 to 40 feet off a ski lift Saturday credited the 8-year-old’s helmet with saving her life.

Saylor Reeve was captured on a skier’s GoPro video laying on the hard-pack snow after she plunged from the ski lift at Park City Mountain Resort. Saylor’s family said the girl suffered a seizure while on the lift, which caused her to fall.

“Horrific is not even a strong enough word to describe it,” Saylor’s mother, Cydney Reeve, told FOX13 Salt Lake City.

“She wasn't moving at all,” Bosworth recalled. “I just couldn't believe my eyes. It's one of those things you always think about but you never think it's going to happen or you never think you're going to witness and just to see it was just shocking and nauseating.”

Cydney Reeve said she began frantically screaming for help while she was stuck on the lift. She credited her daughter’s helmet with saving the girl’s life.

“We're so grateful people responded to my screaming my frantic screaming to help her. That's all we could do is ask for help,” Reeve said. “If she had not had a helmet on this would have been a completely different story.”

Saylor was hospitalized and is recovering from injuries, including a compression fracture in her spine.

She is expected to make a full recovery.

Despite the fall, her family said Saylor will “be back out there no doubt.”