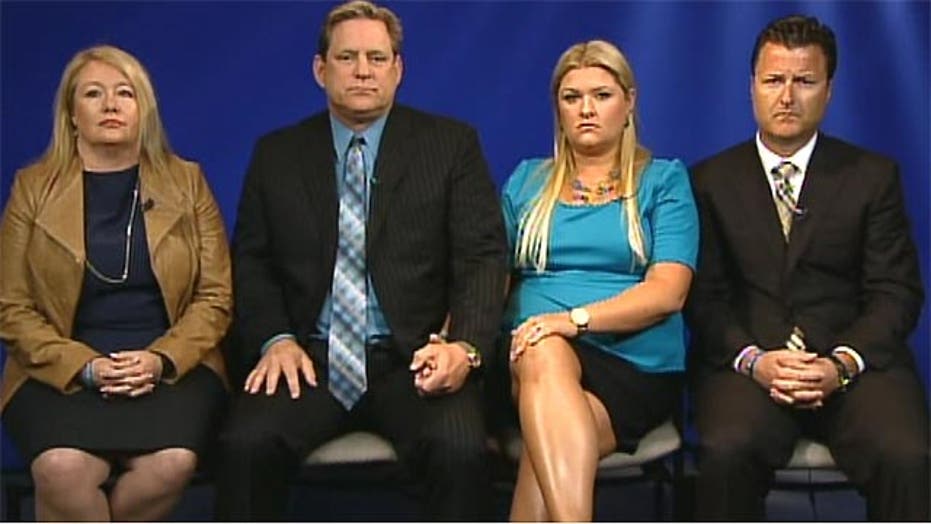 The family of a girl who committed suicide after she was sexually assaulted and a photo of the act was shared in text messages say they are outraged by what they see as a refusal to take responsibility by the three boys arrested in the attack.

Lisa Pott, the girl's stepmother, said Monday the boys were sober when the assault on 15-year-old Audrie Pott occurred at a Labor Day sleepover party. In an interview Monday with Fox News, Pott said that makes what the teenage boys did "cold and calculated."

Audrie's father, Larry Pott, said he is astounded that defense lawyers for the three have said there is no link between the sharing of the humiliating photo and his daughter's decision to end her life.

The remarks Monday were the family's first public comments since their daughter's death.

Lawyers for the girl's family said they are planning to file a civil action against the suspects on Monday.

Family spokesman Ed Vasquez said the girl's parents want to speak out about how they learned of the sexual assault and share what they know about the three teenage suspects who were arrested last Thursday. Their arrest came eight months after Pott posted online that her life was ruined and then hanged herself.

Eric Geffon, who represents one of the suspected teens, said the boys were cited last fall but no formal charges were filed against them until Thursday, when Santa Clara County Sheriff's deputies arrested two boys at Saratoga High School and a third, a former Saratoga High student, at Christopher High in Gilroy where he currently was a student. As of Sunday night, all three 16-year-old boys were still being held in the Santa Clara County detention center.

Pott also had been a student at Saratoga High, and the suspects were her friends, said family attorney Robert Allard.

On the night she was assaulted, Pott drank alcohol mixed with Gatorade at the sleepover party, then went upstairs and fell asleep "and woke up to the worst nightmare imaginable," Allard said. Over the next week, she pieced together who had sexually battered her and realized at least one humiliating photo was electronically being passed around the school.

"She was being consoled by other friends and they were concerned about her. One day she apparently felt that she couldn't cope with it anymore and poor Audrie was traumatized to the point where she ended her life," Allard said.

Geffon said much of what has been reported is incorrect, including the family's assertion that the boys were not cooperating with investigators. He added that the Santa Clara County sheriff's decision to arrest the boys just days prior to a civil lawsuit being filed seems "awfully coincidental."

Pott's family is adamant that the suspects be tried as adults.