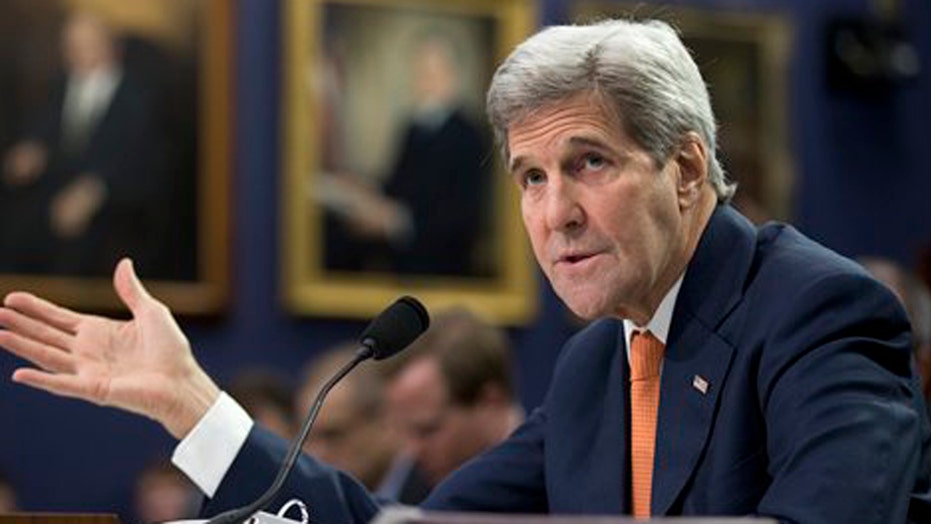 Amb. John Bolton says the agreement will not stop 'the inevitable'

It was more than 19 years ago when two suicide bombers struck in a Jerusalem mall, but victims and their families are now on the brink of making the killers’ Iranian financiers pay for the monstrous act thanks to a federal court ruling last week.

The ruling by the 9th Circuit Court of Appeals clears the way for nine victims of the Sept. 4, 1997, attack at the Ben Yeduda pedestrian mall in downtown Jerusalem to collect $9.4 million in funds frozen in a U.S. bank account since 1979. The attacks killed five and wounded more than 200. Another plaintiff is part of the suit to collect from the same funds for damages incurred in another attack.

“We’ve been trying for more than a decade to bring the perpetrators and the financiers of these terrible terrorist attacks to justice without much luck,” said Daniel Miller, a plaintiff in the case. “We’ve had symbolic luck, but not much actual luck and this is the first case that we really feel like Iran is going to have to pay for what they did.”

“We’ve had symbolic luck but not much actual luck and this is the first case that we really feel like Iran is going to have to pay for what they did.”

The plaintiffs had already won civil suits against Iran, which U.S. courts found responsible for underwriting attacks carried out by Tehran’s terrorist proxy in Israel, Hamas. Collecting on the judgments had been another matter until Monday’s decision, which allows the plaintiffs to collect from funds Iran once paid to a California defense contractor.

In 1977, when the U.S. and Iran were allies, Cubic Defense agreed to sell Iran an air combat system and related services for more than $17 million. Two years later, when Iran erupted in the revolution that gave birth to the current regime, Iran had paid Cubic at least $12 million. But a U.S. trade embargo barred Cubic from delivering the system, so Cubic deposited the money with the Southern District of California.

In Friday’s ruling, the federal court rejected the Iranian Ministry of Defense’s appeal and affirmed the district court’s grant of a lien on the funds. According to the court, the Cubic Defense money is considered a “blocked” asset under the Terrorism Risk Insurance Act, and can be used to satisfy the judgment won by Miller and his fellow plaintiffs.

“In 1978 when the Shah was overthrown, the United States government froze the funds of Cubic Defense,” said Nitsana Darshan-Leitner, director of the Israel Law Center, which represented the families. “The terror victims came to court to demand the frozen funds be used to pay off their unsatisfied judgments against Iran.”

The law center brought the lawsuit against the Iranian government, citing the terrorism exemption to the Foreign Sovereign Immunity Act, and accusing Iran of providing material support and resources to the terrorists.

After the families won their case in federal district court, the judge ordered that the funds be held in a court registry while the appeal played out. Iran has signaled it will appeal Monday’s decision to the U.S. Supreme Court, and it was not immediately clear when the money could be distributed.

Friday’s decision came weeks after a U.S.-led coalition negotiated a deal with Iran that allowed the Islamic Republic access to more than $100 billion in other funds in exchange for transparency involving its nuclear weapons program. Miller said the terror victims have watched in dismay as the U.S. has softened its position regarding Iran.

“Living in a time that our government and the United States seems to be falling all over Iran to buddy up to give them back their money, it is very gratifying to all of the victims that there is still justice out there to bring these perpetrators of these terrible terrorist attacks to justice,” Miller said.