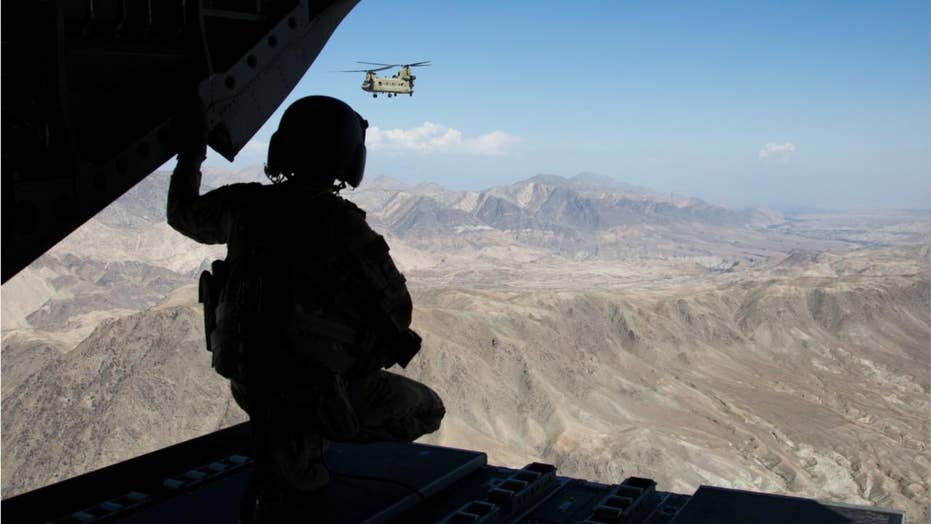 Relatives of U.S. paratroopers deployed to Kuwait amid heightening tensions with Iran have been receiving “menacing” messages on social media, prompting an alert this week from the U.S. Army to family members of service members, according to reports.

The 82nd Airborne Division out of Fort Bragg, N.C., reminded family members to limit who is able to see social media posts after some received pro-Iranian messages. One message warned them to “Go back to your country," according to The Military Times.

“Families have reported instances where they have received unsolicited contact with some menacing messaging,” Lt. Col. Mike Burns, a division spokesman, told the Times.

One Instagram message obtained by the Times seemed particularly threatening.

“If you like your life and you want to see your family again, pack up your stuff right now and leave the Middle East," the message read. "Go back to your country. You and your terrorist clown president brought nothing but terrorism. You fools underestimate the power of Iran. The recent attack on your [expletive] bases was just a little taste of our power. By killing our general, you dug your own grave. Before having more dead bodies, just leave the region for good and never look back.”

"You and your terrorist clown president brought nothing but terrorism. You fools underestimate the power of Iran."

The Times reported there was no evidence the message came from the Iranian government, and it was a typical “psychological operations-styled warning.”

Some of the other messages included fake kidnapping threats, the outlet reported.

The division’s 1st Brigade Combat Team was told to leave behind any personal communication devices that could be compromised when they deployed in early January.

"The decision was made so soldiers weren’t put at risk,” Burns told The Times.

The Army also reminded family members to never post personal details that could help nefarious actors determine where they are and to curb talking about their associations with the military online, WTSP-TV of St. Petersburg, Fla., reported.

The Department of Homeland Security has warned of potential cyberattacks by the Iranian government in the wake of the U.S. airstrike that killed top Iranian Gen. Qassem Soleimani on Jan. 3.

A few days after Soleimani's death, the Federal Depository Library Program's website was hacked by a pro-Iranian group that defaced the U.S. government website with anti-American, pro-Iranian images.