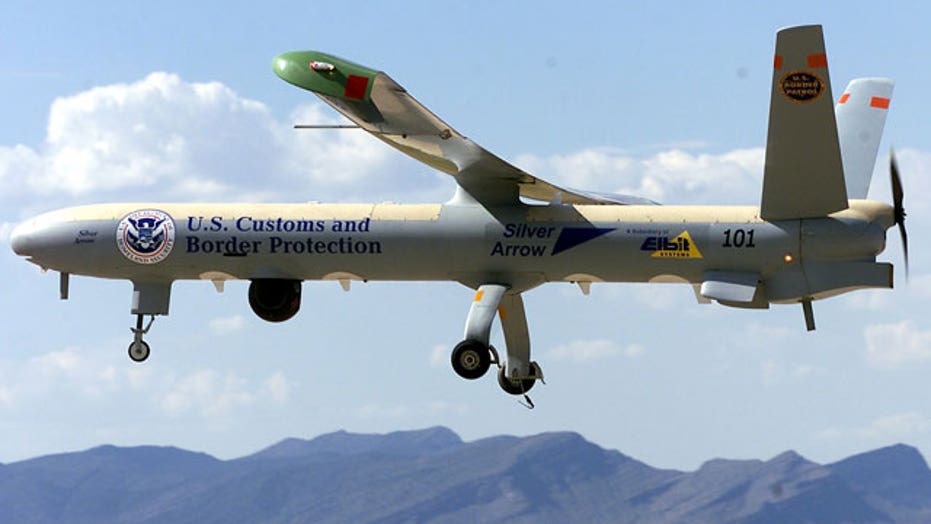 Is a drone bounty system necessary?

People who fire guns at drones are endangering the public and property and could be prosecuted or fined, the Federal Aviation Administration warned Friday.

The FAA released a statement in response to questions about an ordinance under consideration in the tiny farming community of Deer Trail, Colo., that would encourage hunters to shoot down drowns. The administration reminded the public that it regulates the nation's airspace, including the airspace over cities and towns.

"I want to take a stand against the coming surveillance society that seems to be rushing in on us," Phillip Steel, a resident in town who drafted the ordinance and submitted it for approval by the town board, told "Fox and Friends."

Officials in the town admit they have never seen a drone plane on the Eastern Plains, but they want to make a statement that they think using unmanned surveillance planes to spy on people in the United States is wrong. They say the ordinance is mostly symbolic. They also recognize it's against federal law to destroy federal property.

The FAA for its part said a drone "hit by gunfire could crash, causing damage to persons or property on the ground, or it could collide with other objects in the air. Shooting at an unmanned aircraft could result in criminal or civil liability, just as would firing at a manned airplane."

Under the proposed ordinance, Deer Trail would grant hunting permits to shoot drones. The permits would cost $25 each. The town would also encourage drone hunting by awarding $100 to anyone who presents a valid hunting license and identifiable pieces of a drone that has been shot down.

Steel, 48, said in an interview that he has 28 signatures on a petition — roughly 10 percent of the town's registered voters. Under Colorado law, that requires local officials to formally consider the proposal at a meeting next month. Town officials would then have the option of adopting the ordinance or putting it on the ballot in an election this fall, he said.

The proposed ordinance is mostly a symbolic protest against small, civilian drones that are coming into use in the United States, Steel said. He acknowledged that it's unlikely there are any drones in use near Deer Trail.

The head of the Federal Bureau of Investigation acknowledged in June that his agency uses drones to conduct surveillance in the United States, but said they do so rarely, The Wall Street Journal reported . FBI director Robert Mueller said the agency uses them "in a very, very minimal way, very seldom."

Federal agencies have been using drones for years to monitor the northern and southern borders of the U.S., and those drones have occasionally been deployed to help domestic law-enforcement agencies like the FBI.