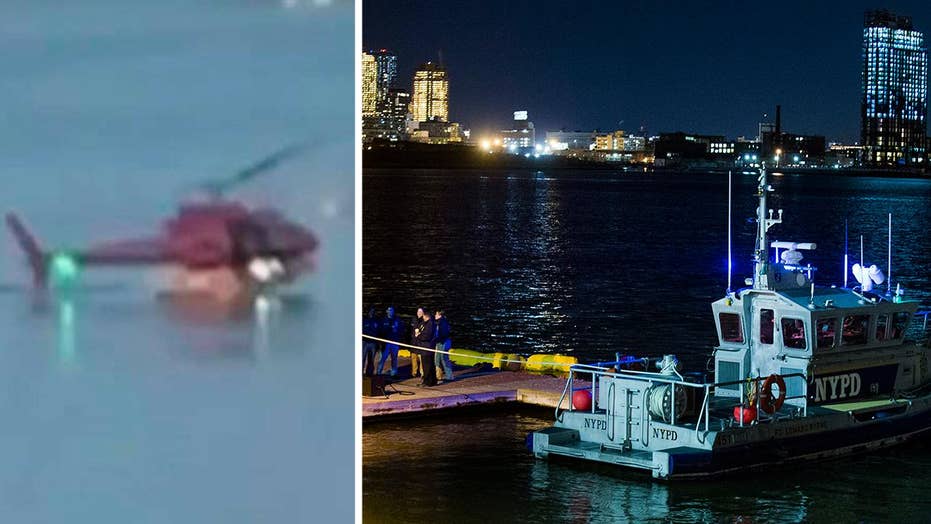 The ban, according to the FAA, applies to helicopters that fly with doors open, usually so passengers can take pictures, and use harnesses that can't be quickly released. The agency says the flights must stay grounded until the restraints are fixed.

Following the crash, New York City Fire Commissioner Daniel Nigro said divers had to cut passengers out of their harnesses. The parents of one of the crash victims labeled the harnesses a "death trap" in a subsequent lawsuit.

Helicopters affected by the ban can't conduct open-door flights until they're equipped with restraint systems that open with one action, the FAA said. The FAA said it would also conduct a "top to bottom review" of its rules covering open-door flights.

Open-door flights, sometimes called doors-off flights, offer sweeping, unobstructed views of landmarks and skylines, making them popular with tourists and photographers who often dangle their feet outside. FlyNYON, the company that organized Sunday's photo flight, advertises its trips as a chance to take a "shoe selfie."

The National Transportation Safety Board says it's investigating. An exact cause of the crash has yet to be determined.

Pilot Richard Vance, the lone survivor of the crash, told authorities he believed a passenger's bag might have hit an emergency fuel shutoff switch just before the chopper went down, a federal official told the AP.