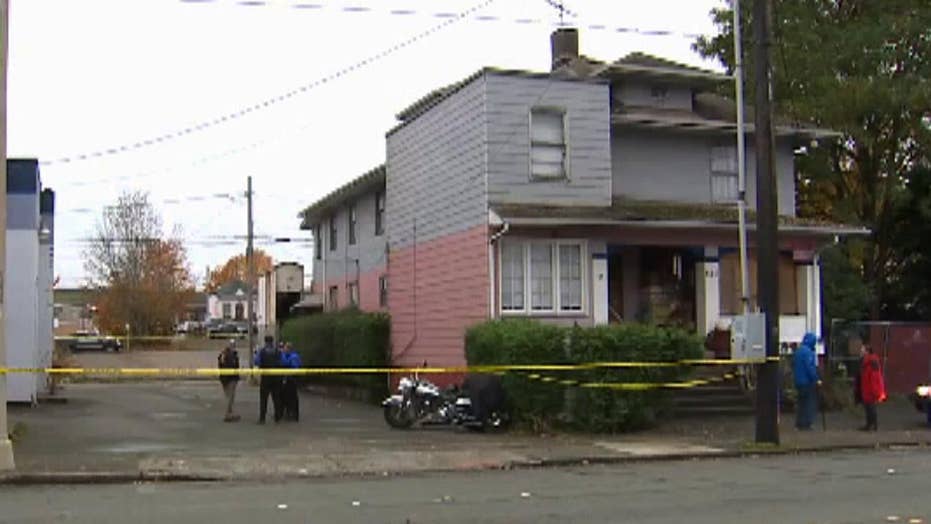 Raw Video: Explosive device was set off in Washington

Police searching for suspect after explosion in Bremerton, Washington.

Authorities in Washington state are seeking the person responsible for an explosive that detonated Wednesday afternoon, police said.

No one was hurt when the device went off in an alleyway in the 800 block of 6th Street in Bremerton, according to police, who arrived to the scene around 1:45 p.m.

An empty, parked vehicle suffered “a fist sized dent” from a portion of the explosive, while other pieces “traveled over 100 feet, landing on a sidewalk near the Kitsap Rescue Mission,” police said in a news release. The blast was also responsible for a “small” chip to a building’s outside wall.

Authorities obtained a description of the suspect, who is believed to be a white male sporting a green jacket and dark colored ball cap. The individual may also have a tattoo beneath one of his eyes, although the design of the marking wasn’t clear.

“The evidence being taken from the scene related to the explosive leads investigators to believe it to be consistent with a low explosive powder, BUT this will have to be determined by a laboratory,” the news release said.

Both the bomb squad of the Washington State Patrol and special agents from the FBI were called in to provide assistance in the investigation, police said.