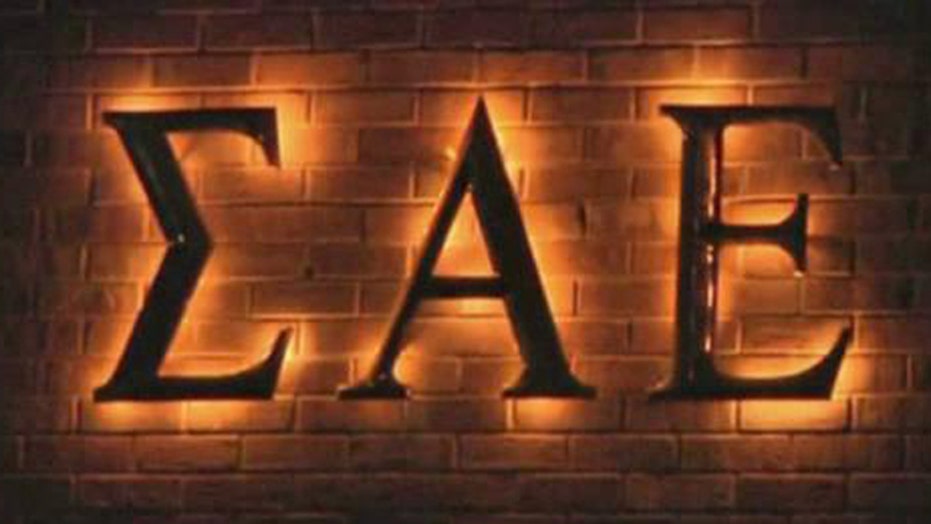 One of the two University of Oklahoma students identified as singing a racist chant caught on video apologized Tuesday, calling it a "horrible mistake."

Parker Rice and Levi Pettit were expelled from the university Tuesday after the video's release.

In a statement to the Dallas Morning News, Rice said he was "deeply sorry" for his involvement in the chant caught on film Saturday night and then posted online. The video shows several people on a bus participating in a song that included a racial slur, referenced lynching and indicated black students would never be admitted to OU's chapter of Sigma Alpha Epsilon.

"I am deeply sorry for what I did Saturday night. It was wrong and reckless. I made a horrible mistake by joining into the singing and encouraging others to do the same," Rice said in the statement. "On Monday, I withdrew from the university, and sadly, at this moment our family is not able to be in our home because of threatening calls as well as frightening talk on social media."

"For me, this is a devastating lesson and I am seeking guidance on how I can learn from this and make sure it never happens again," Rice said.

Rice said Saturday's incident was "likely was fueled by alcohol," but "that's not an excuse."

"Yes, the song was taught to us, but that too doesn't work as an explanation. It's more important to acknowledge what I did and what I didn't do. I didn't say 'no,'" his statement added.

Meanwhile, Pettit's parents released an online statement that said, "he made a horrible mistake, and will live with the consequences forever."

Brody and Susan Pettit said that their son "is a good boy, but what we saw in those videos is disgusting." The Pettits apologized "to the entire African-American community (and) University of Oklahoma student body and administration."

The students' expulsion was announced in a statement earlier Tuesday by President David Boren, who said that a full investigation was ongoing and that once other students are identified "they will be subject to appropriate disciplinary action."

Boren has been swift with his condemnation of the video and banished the fraternity from campus. The students were likely expelled for violating Title VI of the Civil Rights Act, which prohibits racial discrimination.

The Greek letters were removed Monday from the side of the sprawling, sand-colored brick house on a street lined with fraternity and sorority houses just west of the center of campus, and members were ordered to have their belongings removed by midnight Tuesday.

Also Tuesday, Beauton Gilbow, the fraternity's "house mom," issued a statement that addressed a video from 2013 showing her repeating a racial slur as music plays in the background. Gilbow said she was singing along to a song. She said she was "heartbroken" by the portrayal that she was racist but understood how the video must appear in the context of the week's events.

A "house mom" is a housing director who might oversee staff and finances at a sorority or fraternity house.