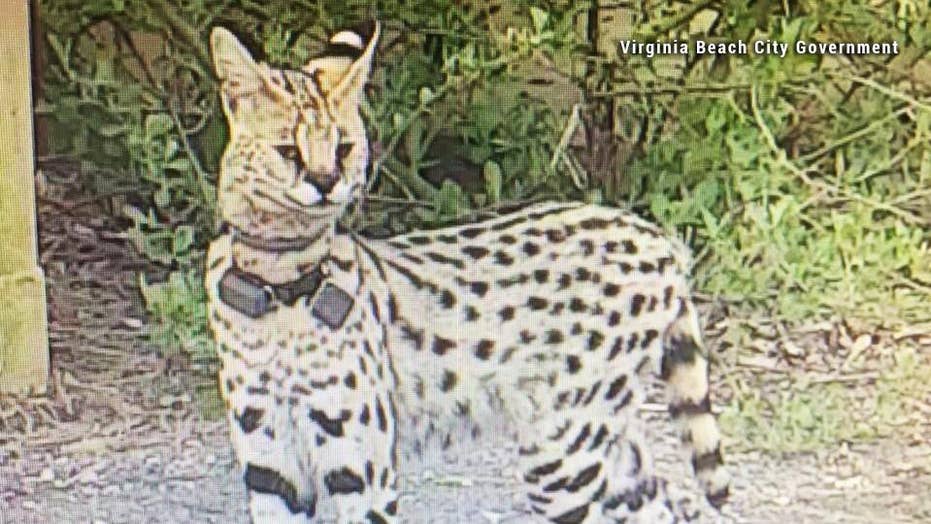 Exotic cat on the loose in Virginia

Animal Control is working to capture an exotic cat native to Africa that has been spotted roaming around a coastal city in Virginia.

An exotic cat native to Africa has been spotted roaming around a coastal city in Virginia, officials said Wednesday.

The Virginia Beach city government said Animal Control responded to a sighting of long-legged cat, that is believed to weigh about 25 pounds and stand 25 inches tall at the shoulders. The agency was unable to locate and capture the cat.

TEXAS FAMILY FINDS CAT THAT VANISHED OVER 10 YEARS AGO

The wild cat, sporting a yellow coat with black spots, is a serval named Rocky, its owner Brian Hankins told WVEC-TV. Hankins said he had been trying to capture Rocky since he went missing in October.

Hankins lives in Kitty Hawk, N.C., about 86 miles south of where his pet serval was spotted in Virginia Beach Wednesday. Haskins told the station that the African cat can walk up to 20 miles a day.

Rocky was wearing two collars onto which a GPS tracker was fitted, but the batteries have since died, Hankins said. Rocky is known as an escape artist who has broken out of his owner’s home several times, according to the Outer Banks Voice.