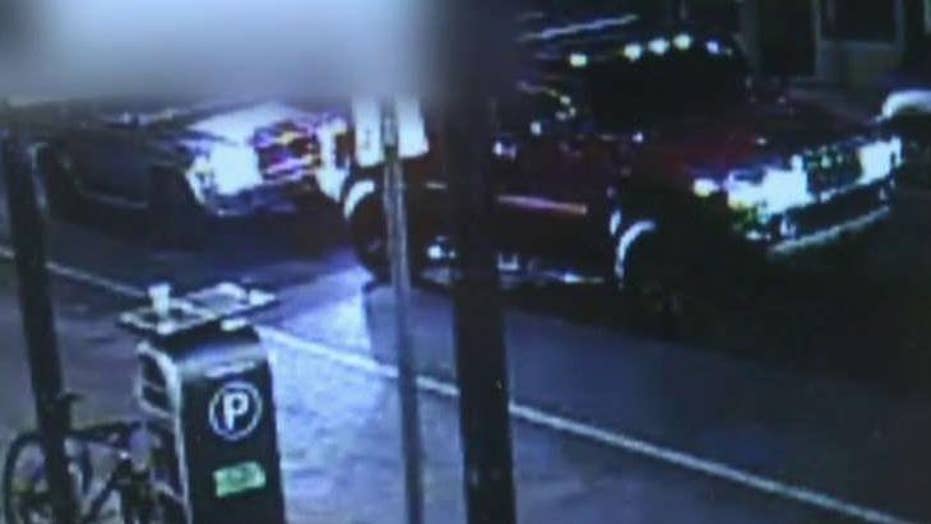 New video shows that former New Orleans Saints defensive end Will Smith may have been involved in a hit-and-run collision moments before he was gunned down Saturday night.

The station reported that the video shows the Hummer appearing to try and pull over to the side of the road. By contrast, the Mercedes drives into the opposite lane of traffic and keeps going. The Hummer then takes off after the Mercedes.

The footage was taken a block and a half from the intersection where police say Hayes, a former semi-pro football player, rear-ended Smith's SUV, pushing it into a Chevrolet Impala carrying Smith's acquaintances. Hayes then opened fire. Smith was killed by bullets to the back and torso. His wife was wounded in the leg.

A defense attorney for Hayes, John Fuller, said Monday that his client had been rear-ended moments earlier by a hit-and-run driver, and called 911 to describe the car he was following before he ran into the back of Smith's Mercedes. It remains unclear whether the car he was pursuing was the Mercedes, the Impala or some other unrelated car.

Hayes, 28, was being held on $1 million bond after police arrested him on a charge of second-degree murder. He was in court Monday as arrangements were made for a new lawyer to eventually replace Fuller, who will soon begin work as a temporary judge. Prosecutors now have 60 days to decide how to proceed.

Fuller insisted outside court Monday that Hayes will be vindicated once the full story emerges. Someone "besides my client" was behaving in a threatening manner, he said, though he wouldn't say who. "My client has been pilloried, convicted and tried" by news media and social media, he added.

In court, he got an order to preserve ballistic evidence. He wouldn't say whether he believes two guns were fired.

Questions remain about what exactly happened that night. Police haven't released the accounts of Racquel Smith, the passengers in the other cars, nor any other witnesses.

Gamble said the investigation prevents him from saying whether Hayes called 911 to report a hit-and-run accident.