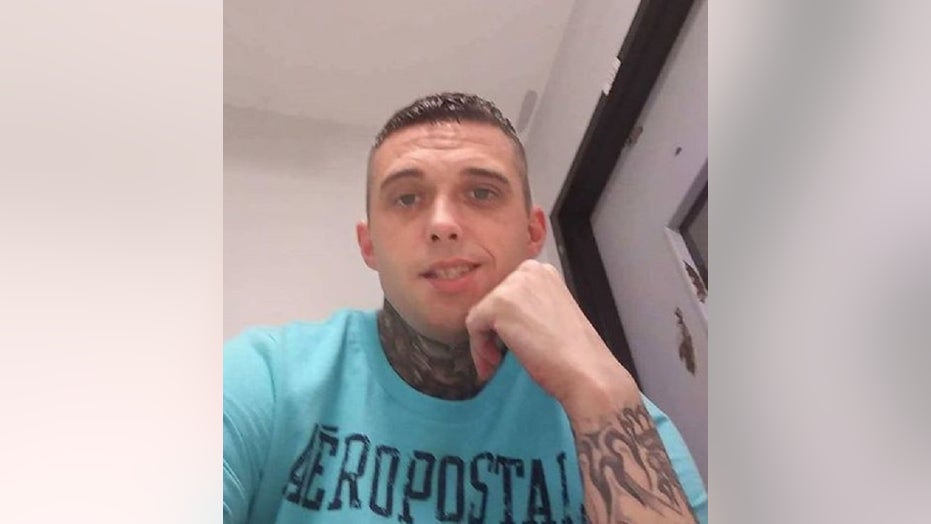 An armed, escaped Georgia inmate who was named as the prime suspect in the killing of a Florida man earlier this week turned his gun on himself after officers closed in on him, police said Wednesday.

The Gulf County Sheriff’s Office says Stephen Michael Smith – who was serving a 10-year sentence for robbery when he fled his work detail Aug.15 at the Clayton Transactional Center in Clayton County – was spotted traveling along U.S. Highway 98 in Gulf County late Tuesday night. Officers from the department and the U.S. Marshals Task Force then stopped the vehicle at an intersection to attempt an arrest.

“With the vehicle surrounded by law enforcement, Smith immediately placed a pistol to his head and committed suicide,” the department said in a statement.

Stephen Michael Smith, 34, is suspected in the killing of a Florida man while being on the run from Georgia authorities after a prison escape.  (Gulf County Sheriff's Office)

The Gulf County Sheriff's Office on Monday had identified Smith as the prime suspect in the shooting death of 30-year-old Daniel Lee Upton of Lakeland, Fla.

Upton was found dead Monday at a home in Port St. Joe on the Florida panhandle.

The Georgia Department of Corrections had issued a lookout for Smith on Tuesday and the U.S. Marshals Service was offering a $10,000 reward for his capture.