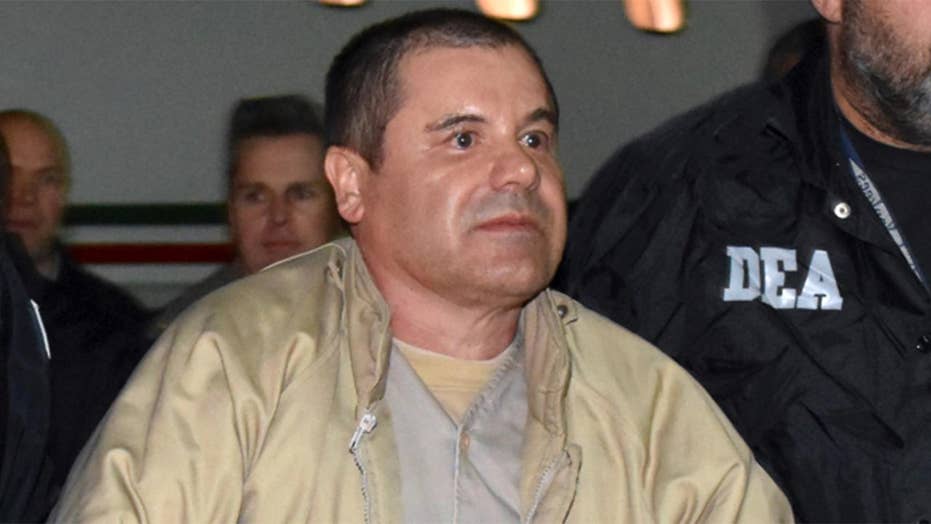 NEW YORK CITY – The individual who once served as the “right” and “left-hand” man for notorious drug lord Joaquin "El Chapo" Guzman started testifying against his “boss” in court Thursday in New York City.

Alex Cifuentes comes from a longtime drug-trafficking Colombian family known as the Cifuentes Villa. In fact, his brother, Jorge, testified earlier in Guzman's trial on conspiracy charges, and had introduced the two.

Cifuentes eventually moved to the mountains in Culiacán, Mexico, where Guzman was hiding and became his “secretary,” as El Chapo would call him. The witness said he negotiated cocaine deals for Guzman beyond Colombia and would help him sell drugs in New York and in Canada.

Chapo and Cifuentes, who hadn’t seen each other in at least a couple of years, were face-to-face today. As the witness walked into the courtroom, Guzman looked for him and gave him a nod. Cifuentes nodded back while putting his right hand on his chest as a sign of respect.

Cifuentes was asked to identify El Chapo; he stood up and pointed to the drug boss seated at the defense table. Asked to be more specific, he said it was the first time he'd seen Guzman wearing the suit -- which has become the norm for the kingpin during his trial.

The witness, who said he worked for Guzman between 2007 and 2013, testified about a few deals in which he was involved, and how he once “sent a plane to Mexico for Chapo with 440 kilos of cocaine.”

Another time, he said, they met after Cifuentes' brother Francisco, or "Pachito," had been assassinated, and Chapo asked to meet his widow. The witness recalled discussing with another brother, Jorge, which one of Pachito’s five widows would they send. Finally, he said Chapo met up with Patricia Rodriguez -- and another coke deal was made.

On another meeting, Cifuentes said he brought along his brother Francisco’s “favorite cook.” The prosecutor asked him to clarify: “what type of cook?” He replied, “cocaine cook.”

Cifuentes then added: “They discussed a shipment of 10 kilos of cocaine. “He (Guzman) wanted a credit of 50 percent. As a good businessman... he was always trying to get a good deal.”