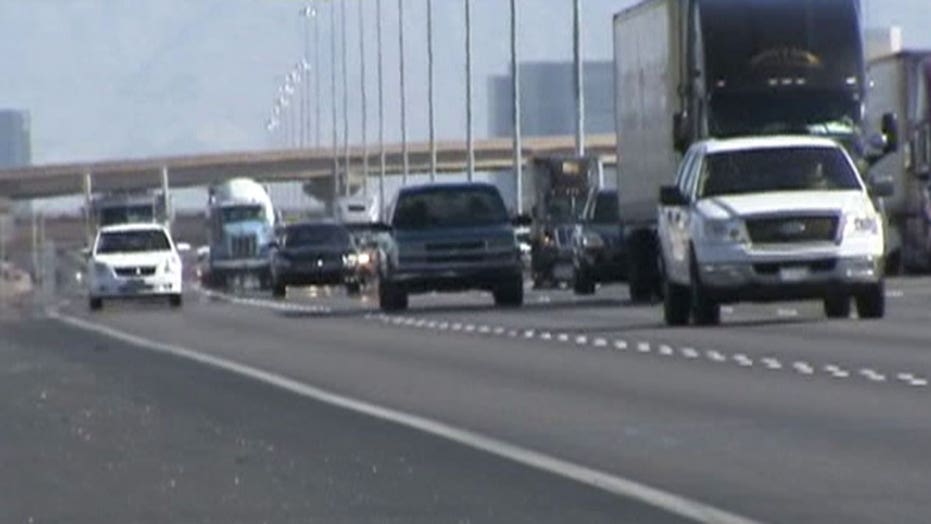 Ben Pinegar may be the luckiest man in Las Vegas.

He said he noticed something rolling his way on the road as he drove his pickup truck home along Interstate 15 on Tuesday. Moments later, a steel beam came crashing through his front window and settled in the roof of his truck.

"It’s definitely a stroke of luck," Pinegar told FOX5. "It will definitely make you appreciate things a little different when you look at it."

Pinegar said he heard the sound of impact before he even knew what had speared his truck.

"It was like a sonic boom, and you know, I didn’t crash or anything," he said. "It just happened literally so fast."

Pinegar avoided injury only because the beam sliced into his windshield on the passenger’s side. A few inches to the right and Pinegar would have been done for.

"To be honest, most of the time I have a passenger in my car, like a co-worker, friend, family," he said. "It wouldn’t have ended so well for them."