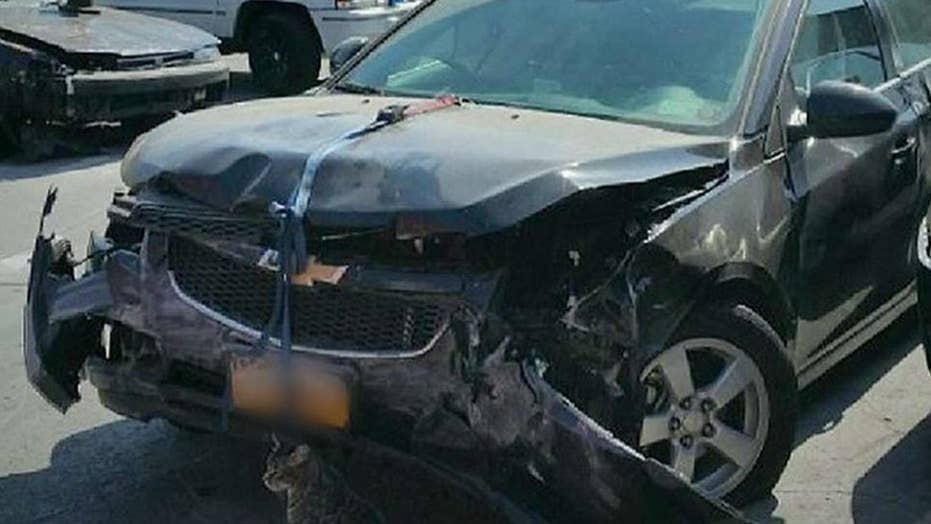 FBI investigating the motive behind the collision with veteran

A California driver who slammed into a vehicle being driven by a veteran Saturday told police he caused the crash in the name of Allah, and because of Donald Trump’s improper treatment of minorities, Fox 26 News reported.

Driver Ameer Abbaf Fakhraldin slammed into a car being driven by Scott Alcala, an Afghanistan war veteran who was on his way from Fresno to San Jose to play golf with his father.

“I saw the Suburban coming right at me about to T-bone right into the driver door and I thought that was it. A second later I turned my head and just smashed into the barrier,” Alcala told the station.

Alcala said that when an off-duty police officer went to talk to Fakhraldin, he said that he caused the collision in the name of Allah. He also cited Republican presidential nominee Donald Trump's treatment of minorities for why he caused the crash.

Fakhraldin told an officer at the scene that he estimated his own speed to be 200 mph and that he caused the crash using psychic/telekinetic powers to control the steering. The officer said Fakhraldin showed no remorse, Fox 26 reported, citing the police report.

Alcala says he believes the collision constitutes a terrorist act and wants Fakhraldin off the streets.

“Coming back from Afghanistan, thinking I’m on home soil I’m safe now . . . just shouldn't have to worry about something like that, you know.”