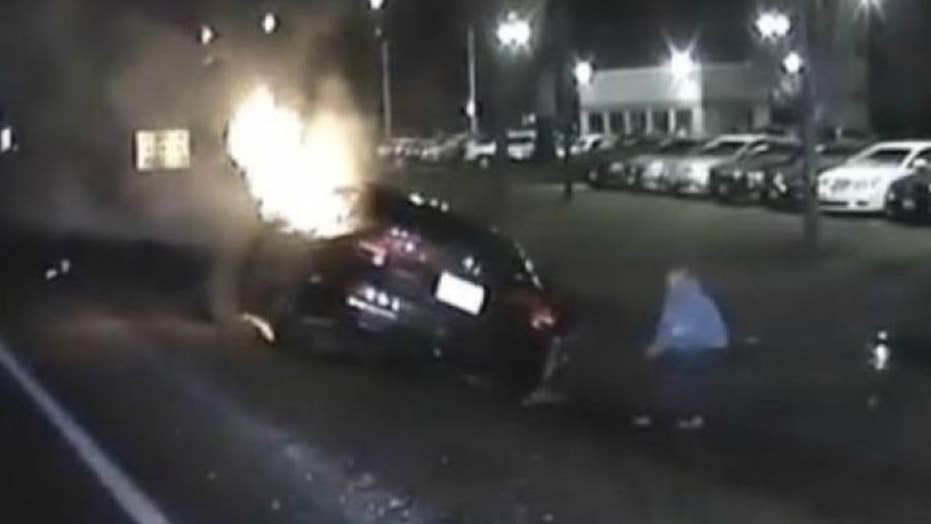 Police in Illinois say if it hadn't been for the brave bystanders the driver would not have survived.

If two Good Samaritans had not taken action to save a driver from a burning vehicle last week, “the driver would not have lived,” police in Aurora, Ill., said.

The driver, a 34-year-old man who was later charged with DUI and a “litany of traffic offenses,” was pulled from the car after crashing it just after midnight in Aurora, about 42 miles west of Chicago, FOX 32 reported.

The car ignited and the driver was stuck inside. But Jose Martinez, a resident from across the street, and another citizen, Devin Johnson, 29, helped pull the Warrenville man out, police told the station.

“To say Jose’s actions were heroic and brave are an understatement," Aurora police wrote on Facebook. "Had he not taken immediate action, the driver would not have lived. Devin should also be commented for assuring the man was out of harm’s way. Outstanding job, gentlemen.”

According to FOX 32, the driver suffered burns and was transported to a local hospital. His injuries were reportedly non-life-threatening.