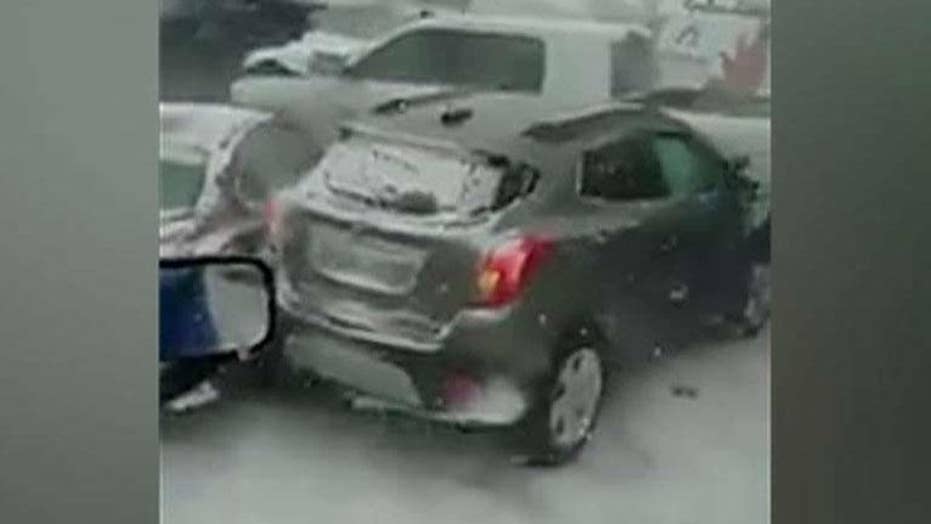 47-car pile up leaves at least one dead

Icy Missouri highway leaves at least one dead due to a 47-car pile up.

Snowfall in western Missouri caused a terrifying 47-car pile up that left at least one person dead.

Video from the incident on I-70 near Oak Grove shows dozens of cars and trucks incapable of slowing down on the icy highway, colliding again and again at high speeds. Highway patrol said visibility at the time of the wreckage on Friday was a white-out, KSHB reports.

The man who caught the dramatic scene on video was trapped in his truck with his wife as he filmed the footage. When it was safe, he and others reportedly got out of their cars to help other drivers who were trapped. 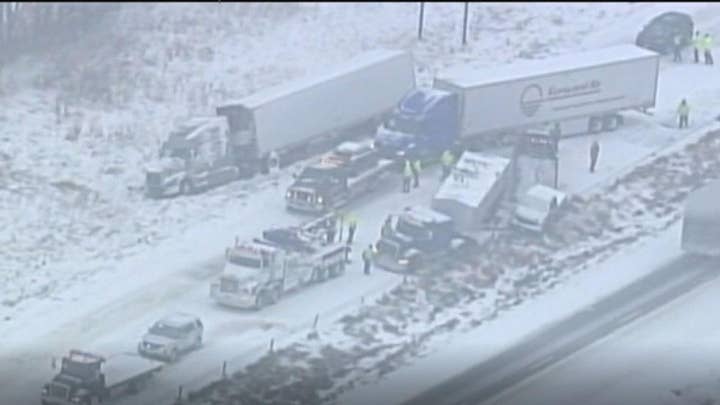 The name of the person who died during the incident has not been revealed.

The winter storm, which brought a few inches to Oak Grove on Tuesday, caused a 20-car pileup in nearby Odessa, Missouri and a number of wrecks across the state. Police spent most of the day on Tuesday attempting to clear cars from the road on I-70, which is now back open.

The weather is expected to worsen, with more snow falling through the weekend.