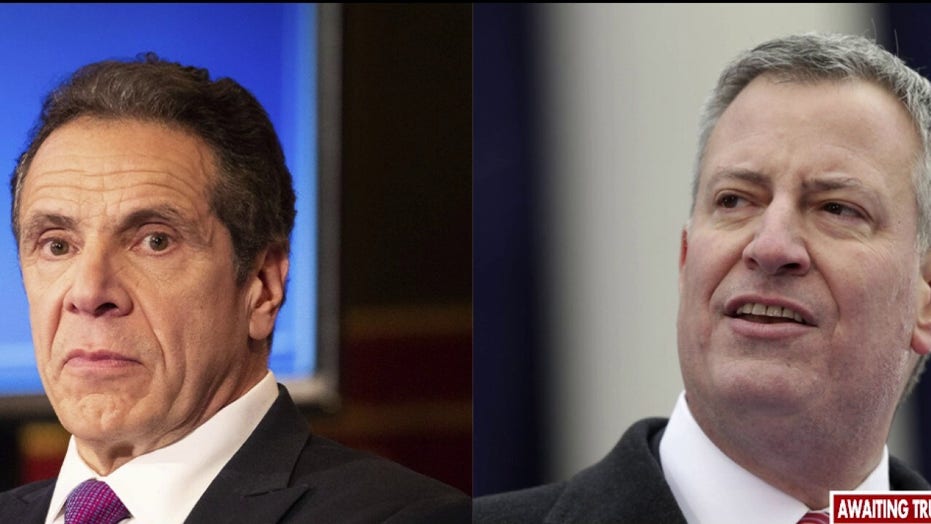 The NYPD was called to the neighborhood after a passerby complained about the smell outside the Andrew T. Cleckley Funeral Home in the Flatlands neighborhood of Brooklyn.

Police found the home had rented four trucks which were holding about 50 corpses. Some bodies were also found lying on the facility’s floor, according to the New York Post, citing law enforcement sources.

No criminal charges were brought, according to an official speaking to the Associated Press, but the funeral home was cited for failing to control the odors.

People in protective gear could later be seen transferring bodies into a larger, refrigerated truck after the funeral home was able to obtain one.

Workers move a body near the Andrew T. Cleckley Funeral Home in the Brooklyn borough of New York, Wednesday, April 29, 2020. Police responded to a report of human bodies in vehicles, which they determined were connected to the nearby funeral home.  (AP)

Eric Adams, Brooklyn Borough President, told the New York Daily News: “While this situation is under investigation, we should not have what we have right now, with trucks lining the streets filled with bodies.”

He added, “it was people who walked by who saw some leakage and detected an odor coming from a truck.”

John DiPietro, who owns a neighboring property, said he had seen the bodies being stored for several weeks.

Workers move bodies to a refrigerated truck from the Andrew T. Cleckley Funeral Home in the Brooklyn borough of New York on April 29. Police responded to a report of human bodies in vehicles, which they determined were connected to the nearby funeral home. The New York Police Department notified the state Department of Health, which oversees funeral homes. The coronavirus pandemic has overrun most funeral homes and morgues in New York City.  (AP)

“You don’t respect the dead that way,” he told the Post. “That could have been my father, my brother. You don’t do that to the dead.”

Funeral homes have been overwhelmed by the death toll in New York City.