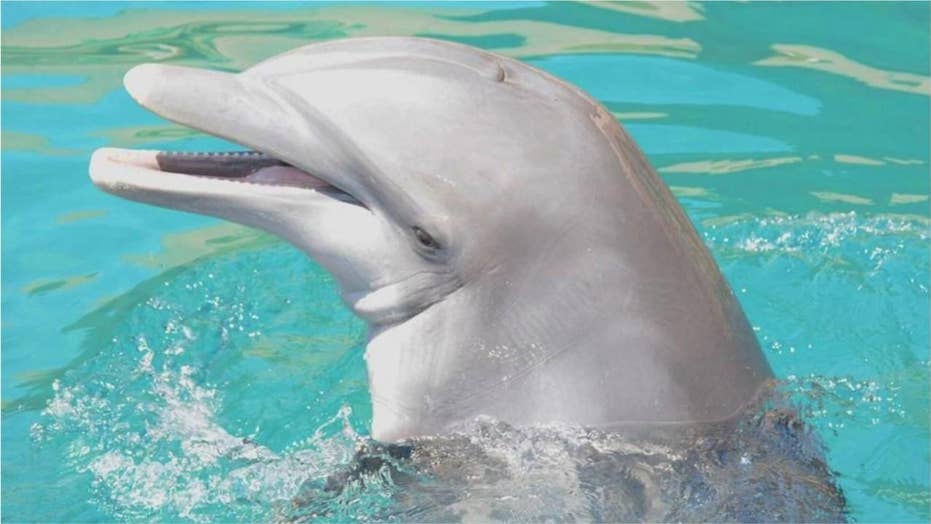 Signage outside a swim-with-the-dolphins venue in Arizona was removed Friday, one week after the facility was shuttered following the death of the fourth bottlenose dolphin in less than two years, according to reports.

The sign for Dolphinaris Arizona, located on the Salt River Reservation near Scottsdale, was taken down and replaced with a temporary banner of a nearby restaurant, "Beach Club at Docktails," FOX 10 of Phoenix reported.

Officials temporarily closed Dolphinaris after the Jan. 31 death of Kai, a 22-year-old dolphin, who was euthanized following deteriorating health, the station reported. The facility said then that the dolphin had been having trouble swimming, breathing and eating for about two weeks.

Half of the facility's eight dolphins died since its opening in 2016, the Arizona Republic reported.

Kai's death came one month after Khloe, an 11-year-old bottlenose dolphin, died Dec. 31 after a six-year struggle with a chronic illness, FOX 10 reported.

The aquatic facility allowed humans to interact and swim with its dolphins.

"They're under chronic stress of living in tanks and dealing with people coming into the tanks and petting them," Lori Marino, founder of the Whale Sanctuary Project, told the Republic. "Whenever you have people getting into the water, putting their hand on the animal, you have the possibility of a transfer of disease."

Dolphinaris Arizona, owned by Mexican-based parent company Ventura Entertainment, had said it would temporarily close the venue so a panel of experts could re-evaluate “the facility, environmental factors, and all aspects of animal welfare at the facility," according to the Republic.

Although multiple sources told FOX 10 that the voluntary closure is now permanent, a Dolphinaris spokesperson would not confirm that to be the case.

"I imagine that some people are imagining that is the case, but the facility is being evaluated, so the closing is temporary until the findings are in and an assessment can be made," the spokesperson wrote, according to the station.

Dolphinaris officials said they plan to bring in veterinarians, pathologists, water quality experts, and animal behavior specialists to investigate potential factors contributing to the deaths, according to a statement obtained by the Republic.

A Dolphinaris Arizona spokeswoman did not immediately respond to questions from the Republic on why the signage was removed.