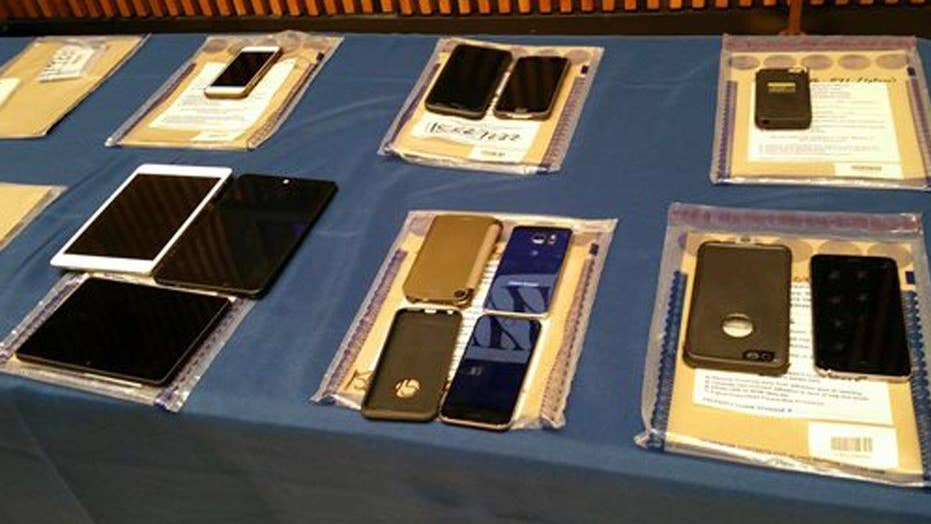 How Apple's feud with FBI could end up before SCOTUS

The White House appears to be willing to compromise with Apple in its fight with the tech giant to comply with a federal court order to provide “reasonable technical assistance” in the government’s investigation of the locked iPhone belonging to one of the San Bernardino gunmen.

The Obama administration told a magistrate judge Friday it would be willing to allow Apple to retain possession of and later destroy specialized software it was ordered to create to help federal authorities hack into the encrypted iPhone belong to Syed Rizwan Farook.

"Apple may maintain custody of the software, destroy it after its purpose under the order has been served, refuse to disseminate it outside of Apple and make clear to the world that it does not apply to other devices or users without lawful court orders," the Justice Department told Judge Sheri Pym. "No one outside Apple would have access to the software required by the order unless Apple itself chose to share it."

On Tuesday, a federal judge ordered Apple to help the FBI hack into the phone used by Farook, who along with his wife, Tashfeen Malik, killed 14 people in December.

Although the judge instructed Apple to create the software for the FBI, she said it could be loaded onto the phone at an Apple facility. The Justice Department made explicit Friday that Apple could retain custody of the software at all times.

That's a good "compromise position" because "they're giving all the power to Apple," Jason Healey, a former director on cyber policy at the White House, told the Associated Press.

"They're telling Apple, 'You hold the software, we're not asking you to put a backdoor in the encryption, we just want to be able to brute force this thing,'" Healey said. "If the precedent is this, that they deliver the phone to Apple and Apple does it, I think that's a pretty good precedent that can't be done en masse on the next thousand iPhones."

Authorities want Apple to bypass a self-destruct feature that erases the phone's data after too many unsuccessful attempts to guess the passcode. Apple has helped the government before in this and previous cases, but this time Apple CEO Tim Cook said no and Apple is appealing the order.

The Justice Department filed a motion earlier Friday to compel Apple to comply with the court order.

"Apple has attempted to design and market its products to allow technology, rather than the law, to control access to data which has been found by this Court to be warranted for an important investigation. Despite its efforts, Apple nonetheless retains the technical ability to comply with the order, and so should be required to obey it," the motion states.

While the judge on the case says the government is only asking for help unlocking one, single iPhone, Apple says the case is much bigger than that and sets a dangerous precedent. Cook says the company doesn't have a system to bypass the self-destruct one.

"Once created, the technique could be used over and over again, on any number of devices. In the physical world, it would be the equivalent of a master key, capable of opening hundreds of millions of locks — from restaurants and banks to stores and homes," Cook said.

The company has an additional three days to file its opposition to Tuesday's court order which is now due on Feb. 26, a law enforcement official tells Fox News.