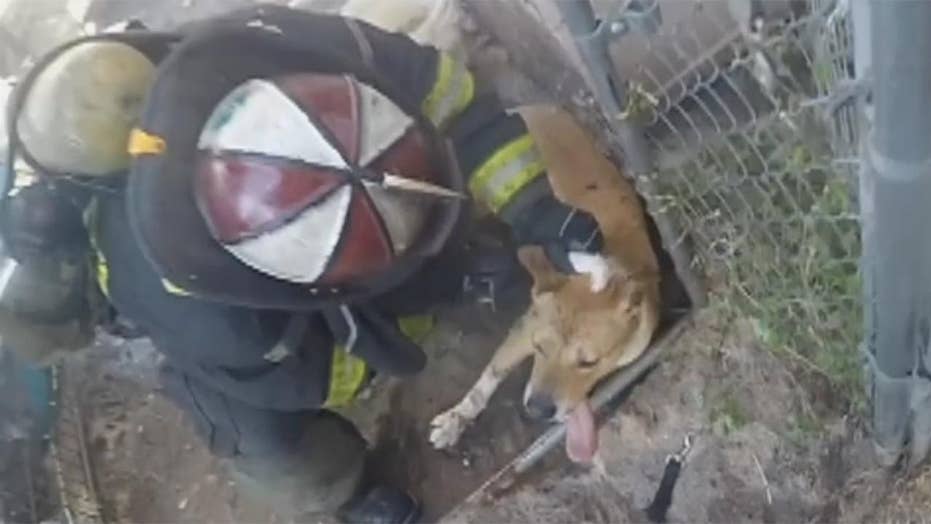 Firefighters battling a blaze at a home in Northern California on Saturday ended up rescuing a dog in a dramatic moment captured on a body camera.

Stockton Firefighters Local 456 said in a Facebook post they were called to the fire at the 2-story home and arrived to find the building engulfed in flames.

"The fire burned so hot, it compromised most of the windows in the structure allowing smoke to leave and light to enter," fire officials said. "With the wind at the back of the firefighters, this video capture provides a rare glimpse into what firefighters must deal with."

When firefighters headed to the back of the house to keep the blaze from spreading to a neighboring home, they discovered a dog locked in a kennel next to a shed that was on fire.

After dousing the shed with water, firefighters were able to rescue the dog and carry it away from the burned structure. The animal did not appear to suffer any injuries from the blaze.