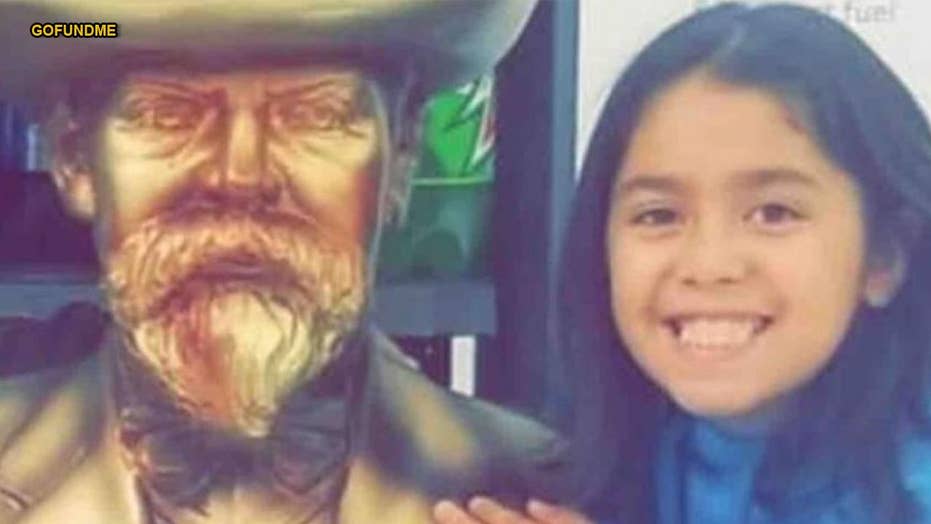 9-year-old Emma Hernandez was riding her bike Monday afternoon when three dogs escaped from their yard and attacked her. Emma died at a hospital and the owner of the dogs, which are said to be pit bulls or pit bull mixes, was arrested.

A Michigan man is facing murder charges after his three dogs brutally attacked and killed a 9-year-old girl in Detroit earlier this week.

Pierre Cleveland, 33, was charged with second-degree murder, involuntary manslaughter and for having a dangerous animal causing death, the Wayne County Prosecutor’s Office said.

The vicious attack unfolded around 4 p.m. Monday. The girl, Emma Hernandez, was riding her bike down an alley near her home in Detroit when three pit bulls attacked her.

Two boys watch as a Detroit police officer investigates a fatal dog attack on a young girl who later died of her injuries in Detroit on Monday, Aug. 19, 2019.  (Detroit News via AP)

A bystander shot one of the dogs while a medical crew tried to save the girl in an alley.

Neighbors threw bricks at the dogs to try to stop the attack, police said.

Emma Hernandez was riding her bike near her home in Detroit when she was attacked by the dogs.  (GoFundMe)

“She had bite marks in other areas of her body,” one neighbor told Detroit's Fox 2. “It wasn’t good.”

Detroit Animal Care and Control said the other dogs were in its possession and likely will be euthanized.

“What hurts the most is, I can’t imagine the pain she was going through being attacked by these dogs until she finally passed away,” her father, Armando Hernandez, told Fox 2.

Armando said the dogs lived at a house behind his, and he had argued with the neighbor about them last week.

He said the dogs weren’t properly restrained and the fence was too flimsy.

Cleveland, the alleged owner of the dogs, was arrested Monday night. A not-guilty plea was entered for him Thursday afternoon during an arraignment and bond was set at $2 million.

A probable cause hearing was set for Aug. 30 and preliminary exam for Sept. 6.