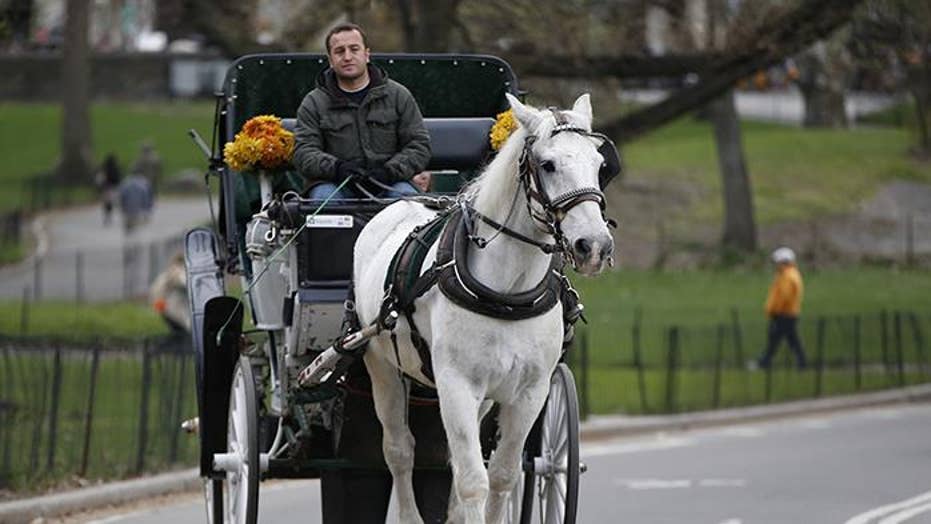 But aren't trips around the city exciting for horses?

NEW YORK – New York City Mayor Bill de Blasio is insisting that he will try to revive a plan to limit carriage horses.

The Teamsters union last week pulled out of a deal that would have restricted the horses to a portion of Central Park and also placed boundaries on where pedicabs can go.

That prompted the City Council to pull the plug on the bill a day before it was slated to come to a vote, delivering de Blasio a humbling political defeat.

But the Democratic mayor said Monday that his team would begin negotiations anew.

De Blasio promised to ban carriage horses two years ago but has faced fierce opposition from the carriage drivers. Polls have also found that most New Yorkers also don't support a ban.