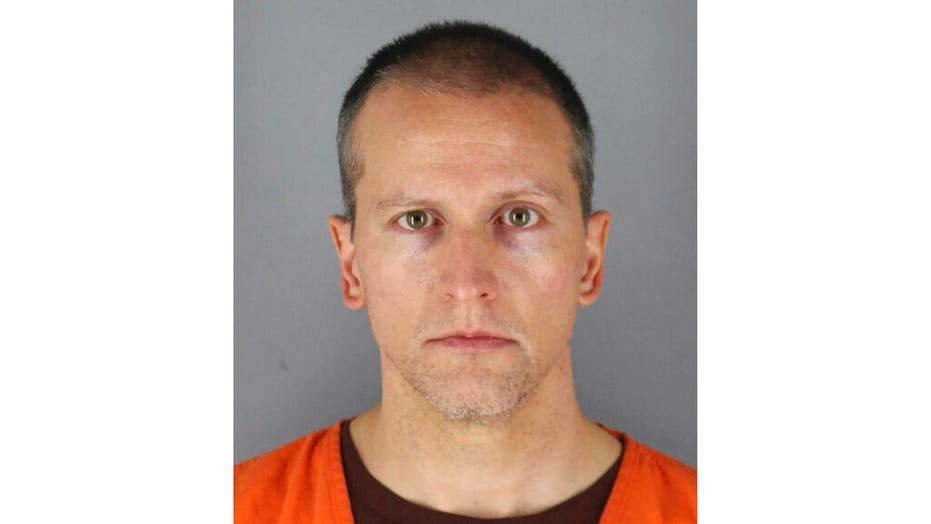 Fired Minneapolis police Officer Derek Chauvin, the suspect accused of murder in the May 25 death of George Floyd, made his first appearance in a Minnesota court Tuesday -- on tax evasion charges, according to reports.

Chauvin and his wife are accused of failing to file several years of income tax returns and underreporting income, FOX 9 of Minneapolis reported.

The former officer is more notably facing murder and manslaughter charges in the May 25 death of George Floyd after he was seen in a viral video with his knee on Floyd's neck for more than eight minutes. He's unlikely to be released from the state prison at Oak Park Heights due to those charges, reports said.

If Chauvin was to make bail on the murder charge, he won't have to post a monetary bond on the tax evasion charges. However, he would have to meet the conditions set by Hawley, which include obeying the law and making all future court dates, according to the Minneapolis Star Tribune.

On July 22, an imprisoned Chauvin and his estranged wife, Kellie Chauvin, were charged with nine felony counts of aiding and abetting false or fraudulent tax returns or failing to file returns.

“When you fail to fulfill the basic obligation to file and pay taxes, you are taking money from the pockets of citizens of Minnesota," read a July statement from Washington County Attorney Pete Orput, according to the station. "Our office has and will continue to file these charges when presented. Whether you are a prosecutor or police officer, or you are doctor or a realtor, no one is above the law.”

On Tuesday, Chauvin told Hawley he and his attorney, Eric Nelson, have had “minimal” time to discuss the tax case.

Chauvin and three other ex-officers -- Thomas Lane, J. Alexander Kueng, and Tou Thao -- are scheduled to appear in court Friday in front of Judge Peter Cahill on the charges related to Floyd's death, the paper reported.

Chauvin is being represented by the same defense attorney in his tax and his murder defense case, according to FOX 9.

His wife is not in custody in connection to the tax case.