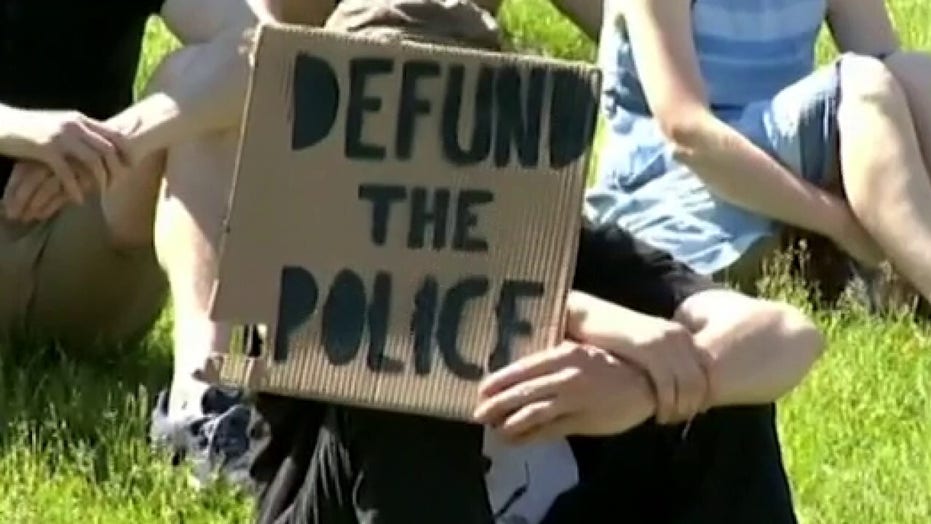 What control do state and federal governments have over police funding?

Civil rights activists DeRay Mckesson on Wednesday spoke about the growing calls to defund police, explaining that it “really means ‘move the money to follow responsibilities.’”

Mckesson made the comments during an appearance on Washington Post Live, alongside former police chief Charles Ramsey.

“I think there are two big buckets. One is, how do you reduce the power of the police immediately? And, how do we shrink the role of the police?” Mckesson said. “The ‘defund’ language is hard for some people but it really is this idea of move the money to follow the responsibilities.”

He then argued that police officers have been given too many responsibilities that, in many cases, would be better served by experts.

Ramsey, who was also on Washington Post Live’s Wednesday segment, said he agreed in principle with Mckesson but thought “defund the police" was a poor choice of words.

“Personally, I don’t have a problem with reallocating funds to community-based social services,” Ramsey said. “Police over the years have been asked to do too much. The problem is when should that occur, because they’re not going to be able to have the staffing to respond to call at 2, 3 o’clock in the morning right away.”

Ramsey said that federal legislation can only go so far in solving the problem of police brutality and argued that “union contracts” are partially responsible for why it is so difficult to fire bad police officers.

“Union contracts can be the biggest obstacle to change there is,” Ramsey said. “When it comes to getting rid of bad police officers, it’s very, very difficult. We’ve been focusing on the criminal behavior that took place in Minneapolis, but the majority of misconduct that we deal with doesn’t rise to a criminal level necessarily.”

Their conversation came in the wake of nearly two weeks of nationwide protests following the death of George Floyd while in the custody of Minneapolis police. Floyd’s death has reignited a debate on whether it was merely one tragic circumstance or an indicator of a wider pattern in law enforcement that needs to be eradicated.

Floyd’s brother testified before Congress Wednesday, challenging them to “stop the pain” as lawmakers consider the Justice in Policing Act, a sweeping law enforcement overhaul. The proposals in the bill stop short of defunding the police but make available grant money for states to reimagine ways of policing.