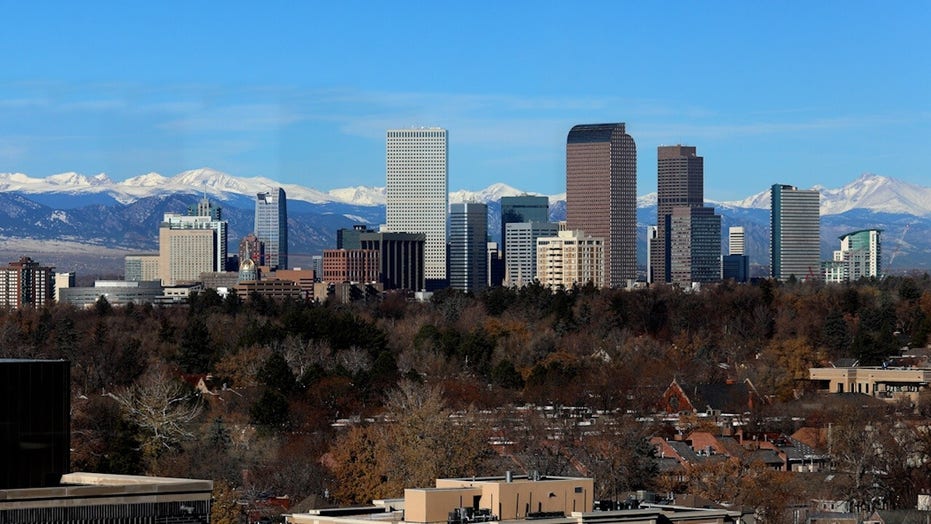 The Colorado city permits magistrates to issue personal recognizance bonds, which allows defendants to be released without providing cash or other collateral, so long as they promise to appear in court. The current district attorney's office said in 2021 that it would agree to more PR bonds and to lower more cash bonds, a local ABC affiliate reported.

"The people of Denver and the state of Colorado are suffering as a result of what they're doing," Morrissey, who served as Denver's elected district attorney from 2005-2017, added. He said many suspects don't return to court as required.

DENVER, CO - 2009:  The city of Denver government building, located across the park from the Capitol building, is seen in this 2009 Denver, Colorado, spring city landscape photo.  (Photo by George Rose/Getty Images)

"What's happening is these individuals are re-offending at a very high rate," Morrissey told Fox News. "In the last two years, four of these [violent] offenders have murdered people in Denver."

"They got PR bonds or $1 bonds, and they went right out and murdered people," he continued. "It's a big problem."

Advocates have argued that bonds requiring cash or property disproportionately affect the poor by allowing for wealthier people to pay their way out.

"Protecting public safety is our top priority and our attorneys are in court every day presenting evidence to judges and juries, prosecuting criminal cases, and fighting to keep people in custody who need to be there," Carolyn Tyler, a spokesperson for District Attorney Beth McCann, told Fox News in a statement. "It is the judges who determine bond."

She said some crime is rising due to a wide variety of factors, ranging from the pandemic to mental health to access to guns.

More than two-thirds of nearly 1,300 suspects arrested on felony drug charges in Denver were issued PR bonds, an investigation by a local ABC affiliate found. Just under half of those who received PR bonds failed to show up for a future court appearance.

In addition to expanding PR bonds, a Common Sense Institute report from March found that other reforms contributed to the crime wave, including a 2014 reduction in punishment for motor vehicle theft and a 2019 law that decriminalized drug possession of up to 4 grams of a narcotic, including fentanyl.

Morrissey, a Democrat, urged Denver to review the reforms put in place within the last few years.

"Denver needs to go back now and adjust that practice" of "bail reforms and PR bonds for almost everybody," Morrissey said. "See what impact that practice is having on the increase in property crime and violent crime in Denver."

DENVER, CO - March 09: A sign for the Denver Justice Center in front of the Lindsey-Flanigan Courthouse which serves all of Denver County and is located in downtown Denver, Colorado on March 9, 2016.  ((Photo by Katie Wood/The Denver Post )

"They're very hard to gather, and I think that the citizens need to know what's going on in their communities," Morrissey said.

The Common Sense Institute study reported that the "data that currently exists is not well-known, is dispersed, difficult to acquire, and not readily available for timely analysis by the public or policymakers,"

Denver's courthouse could not be immediately reached.

UPDATE: This story has been updated to include a response from McCann's office.