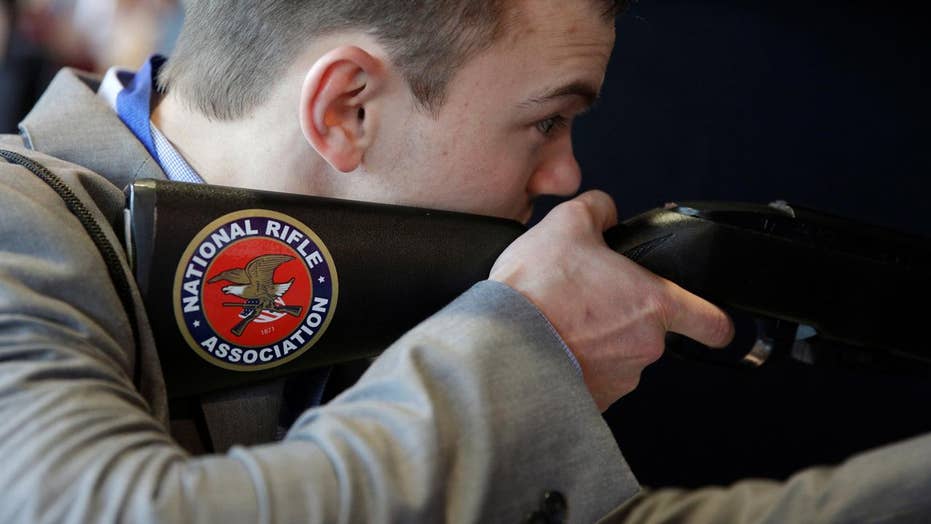 The number of concealed carry permits in the United States has topped 15 million over the last year, according to data collected by the Crime Prevention Research Center.

That’s the largest one-year increase ever in the number of permits issued, according to the research center. In July 2016, the center reported that 14.5 million people had concealed handgun permits. As of May of this year, the number is already 15.7 million.

John Lott, founder of the group and a Fox News columnist, said several states, including Arizona, Florida, Michigan and Texas, have seen a big jump in the number of gun permits issued. There are several reasons for the increase – most notably, a rise in women and minorities seeking to purchase handguns, Lott said.

"I think you're continuing to see a change in the composition of people who go and get permits," Lott said. "Women are growing at a much faster rate than men."

Between 2012 and 2016, Lott said, the growth rate for women was twice as much as it was for men. He also said minorities are purchasing handguns at a higher rate compared to previous years.

Firearms instructors are reporting an increase in the number of black women learning how to use guns around the country, as noted in an earlier Fox News report. Gun instructors who teach self-defense courses say more women are looking toward guns to protect themselves against crime.

In a May 10 statement to Fox News, NRA spokeswoman Catherine Mortensen said women are the fastest growing segment of firearms buyers in the country.

"The NRA is a natural home for women firearms owners," Mortensen said. "Increasingly, women today don’t want to rely on a spouse or neighbor for protection. They want to be able to protect themselves and their families."

The center's official report for 2017 is due in July but Lott said data already collected shows a significant increase in permits in a number of states.

Lott noted other factors contributing to an increase in permits.

"You're seeing states making it easier for people to go and get permits," he said.

In contrast, states like California and New York have among the toughest requirements for permits in the nation.

In Sacramento County, as of December 2016, residents are "required to pay $220 in application fees, pass a state criminal background check, take a 16-hour training course and have approval of the sheriff’s department by having 'good moral character' and a good reason to have CCW," according to the center.