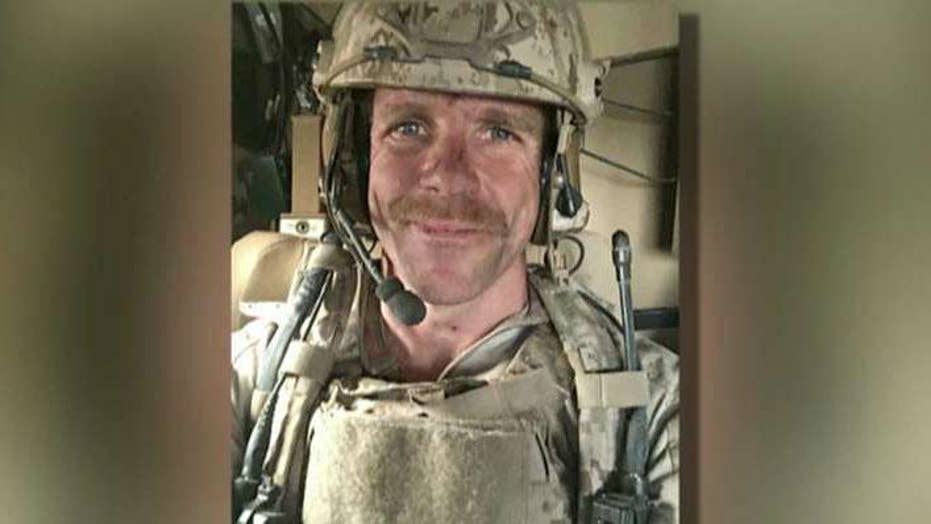 Blasting what he called the "verifiable political nature" of the U.S. Navy's justice system, a Republican lawmaker from California on Friday called for President Trump to intervene in the case of a decorated Navy SEAL accused of war crimes in the 2017 stabbing death of a teenage ISIS supporter.

Special Warfare Operator Chief Edward Gallagher, 39, who has served in the Navy for 19 years, pleaded not guilty Friday during a court appearance in San Diego, with a judge setting Feb. 19 as the date for the start of his court-martial trial, FOX 5 of San Diego reported.

The case has drawn the attention of U.S. Rep. Duncan Hunter, R-Alpine, a Marine Corps veteran, who issued a statement Friday in support of Gallagher.

"It is important to remember that this ISIS combatant was engaged in an extensive firefight with Chief Gallagher’s team and was already significantly injured when captured," Hunter wrote. "No credible evidence has been provided that this ISIS fighter was murdered as opposed to dying from his terrorist actions."

Hunter added that he has received reports that Gallagher was being held in a Navy brig "where, allegedly, he has not been provided with quality access to medical care, mental health services or legal representation.

"If true," Hunter wrote, "it is completely unacceptable and, without hesitation, I will introduce legislation to ensure this situation is not repeated."

In his statement, Hunter said he feared that politics may be playing a role in the prosecution of Gallagher.

"Those who have served with him in combat describe him as nothing less than an American hero," Hunter wrote. "I am significantly concerned that this is another example of the over-aggressiveness of the Navy JAG Corp showing its bias against our warfighters.

"Due to verifiable political nature of the Navy’s justice system, I believe that Chief Gallagher’s matter needs to be taken away from the Navy and President Trump himself needs to personally review and dismiss this case, taking an American hero out of a prison cell and back on the front lines where he belongs."

"Due to verifiable political nature of the Navy’s justice system, I believe that Chief Gallagher’s matter needs to be taken away from the Navy and President Trump himself needs to personally review and dismiss this case, taking an American hero out of a prison cell and back on the front lines where he belongs."

Gallagher was arrested Sept. 11 at Camp Pendleton in California in connection with the teen's death on May 3, which authorities say happened while Gallagher was stationed in Iraq, the Orange County Register reported.

The Navy SEAL is also accused of posing with the teen’s corpse while appearing in a reenlistment video, the report said. In addition, he is charged with firing shots at two civilians.

Earlier Friday, Gallagher’s brother, Sean Gallagher, told FOX News in a statement that Friday’s court appearance represented “the first time in four months since he was arrested on 9/11 that he will have the ability to refute the false claims made about him.”

“He's missed Christmas. He's missed Thanksgiving. He has a wife and three children that he loves deeply and that miss him sorely,” Sean Gallagher added. “We're asking for the Navy to see the error of their ways and right the wrong that has been perpetrated against a decorated war hero.”

Gallagher, a married father of three, has been held in a Navy brig in California as he awaits trial. On Friday, the judge agreed to consider a request from Phillip Stackhouse, a lawyer and Marine Corps veteran representing Gallagher, that the Navy SEAL be released from custody. The judge is expected to reach a decision next week, the Register reported.

BROTHER OF COURT-MARTIALED NAVY SEAL: HE WAS 'STRIPPED OF DUE PROCESS' BASED ON FALSE CLAIMS

During his court appearance, Gallagher was dressed in his uniform and was not handcuffed, FOX 5 reported.

Later, a group of Gallagher's supporters appeared outside the courthouse, many wearing shirts that read, "Free Eddie," with an American flag on the sleeve, according to the station.