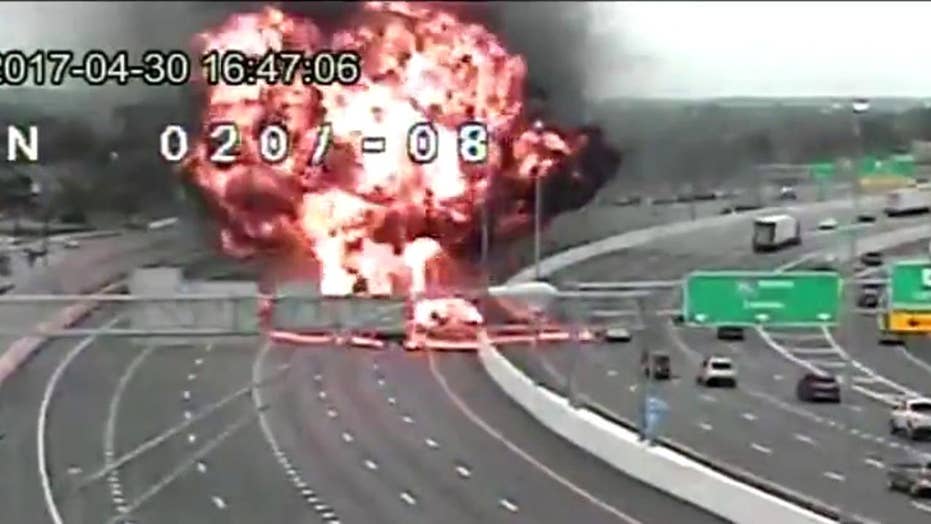 A wrong-way driver was killed after he collided with a gasoline truck on Interstate 75 in Dayton, Ohio, triggering a huge blast.

The Sunday crash, which was captured on video by the Ohio Department of Transportation, shows a car on fire with thick black smoke filling the air. Seconds later, a large fireball erupts, sending flames to the other side of the highway, where other cars were passing.

After the eruption, cars driving near the explosion slowed down and steered away from the area.

The driver of the truck that was hit suffered minor injuries, the Dayton Daily News reported.

Authorities say the interstate could be closed for days as crews work to evaluate and fix damage to the pavement.