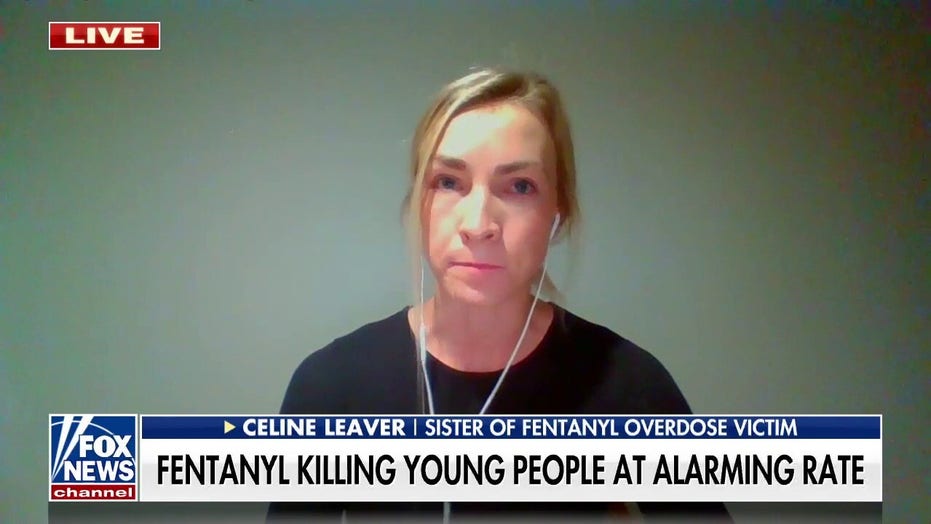 Fentanyl now the leading cause of death in adults 18-45

Celine Leaver speaks out on the danger of fentanyl after sister died from a laced substance.

The Drug Enforcement Administration (DEA) is marking May 10 as "National Fentanyl Awareness Day" to bring more people’s attention to overdose deaths across the U.S.

"Fentanyl is the single deadliest drug threat our nation has ever encountered," DEA Administrator Anne Milgram said in a statement. "Fentanyl is everywhere. From large metropolitan areas to rural America, no community is safe from this poison. We must take every opportunity to spread the word to prevent the fentanyl-related overdoses claiming scores of American lives every day."

A reporter holds up an example of the amount of fentanyl that can be deadly after a news conference about deaths from fentanyl exposure, at DEA Headquarters in Arlington, Va. (AP Photo/Jacquelyn Martin, File)

It was originally developed as an analgesic – or painkiller – for surgery. It has a specific chemical structure with multiple areas that can be modified, often illicitly, to form related compounds with marked differences in potency.

Between November 2020 and November 2021, more than 107,000 people died of drug overdoses in the U.S., according to the Centers for Disease Control and Prevention (CDC). Around 66% of those deaths involved synthetic opioids like fentanyl, though many people who do overdose were not aware they were taking fentanyl.

According to the DEA only two milligrams of fentanyl is considered a "potentially lethal dose," and is particularly dangerous for someone who does not have a tolerance to opioids.