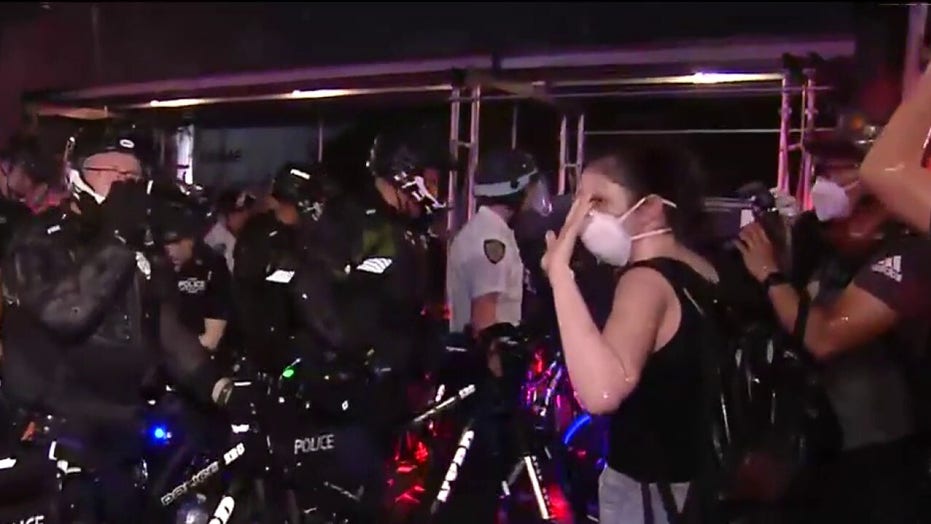 A video circulating online shows three women being chastised for using their "white privilege" while removing graffiti in support of Black Lives Matter from a federal building in Washington, D.C.

The women, all white, were attempting to scrub off spray paint that read "BLM" on the Lafayette Building, located near the White House, when they were approached by someone driving a vehicle, according to the video that was tweeted Wednesday.

Like other cities, Washington, D.C., has seen daily demonstrations over the death of George Floyd. Some protests have devolved into riots where looters have ransacked businesses, set fires and damaged property.

The Lafayette Building is the home of the Export-Import Bank of the United States and some offices of the Department of Veterans Affairs.

As the women are attempting to scrub off the spray paint, the driver asked why they were removing the graffiti.

“This is a federal building and we care about our country and our city," one woman responds.

“So you don’t care about black lives, then," the person filming says.

“That’s not at all what we’re saying … we certainly do care about black lives,” one woman responds. “We don’t disagree with the message ma'am, it’s just on the building, so we’re trying to clean it.”

“Not a great way to use your white privilege ladies,” the driver says before the filming stops. “That’s disgusting.”

Several buildings and iconic memorials in the city have been defaced over several nights of protests, including the World War II Memorial and Lincoln Memorial.