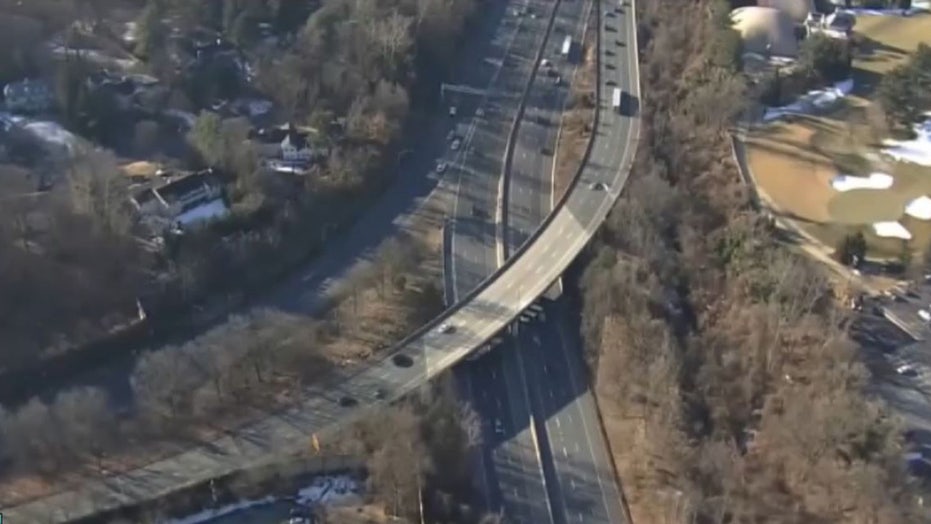 A trucker convoy heading to Washington, D.C., plans to shut down the Capital Beltway  later this week in protest of wide-ranging issues such as fuel prices, vaccine requirements and immigration, the organizer said.

Bob Bolus, who owns a truck parts and towing business in Scranton, Pennsylvania, told FOX5 DC that he heard hundreds of people were interested in taking part in shutting down the roadway in protest.

"I'll give you an analogy of that of a giant boa constrictor," Bolus said. "That basically squeezes you, chokes you and it swallows you, and that's what we're going to do the D.C."

Bolus, who the station reported is a longtime supporter of former President Trump, said that the protest will leave a lane open for emergency vehicles for safety, but he couldn’t promise that commuters would make it to work on time.

A trucker convoy heading to Washington, D.C., later this week plans to shut down the Capital Beltway in protest of wide-ranging issues such as fuel prices, vaccine requirements and immigration, the organizer said. (WTTG)

"We will not compromise anybody's safety or health, one way or the other," Bolus said. "As far as if they can't get to work, geez that's too bad."

The caravan comes as a similar demonstration involving truckers, dubbed the Freedom Convoy, shut down Ottawa, Canada, in protest of the country’s COVID-19 mandates. Authorities there had arrested 191 people and filed 389 charges, police announced mid-afternoon Sunday. They had also towed 99 vehicles.

In response to the impending protests in the capital, D.C. police have already limited time off for officers and put nearly 500 officers on civil disturbance units daily beginning Wednesday, the station reported.

Law enforcement in the D.C. area told the station that police are aware of the situation and are communicating with local, state, and federal partners.