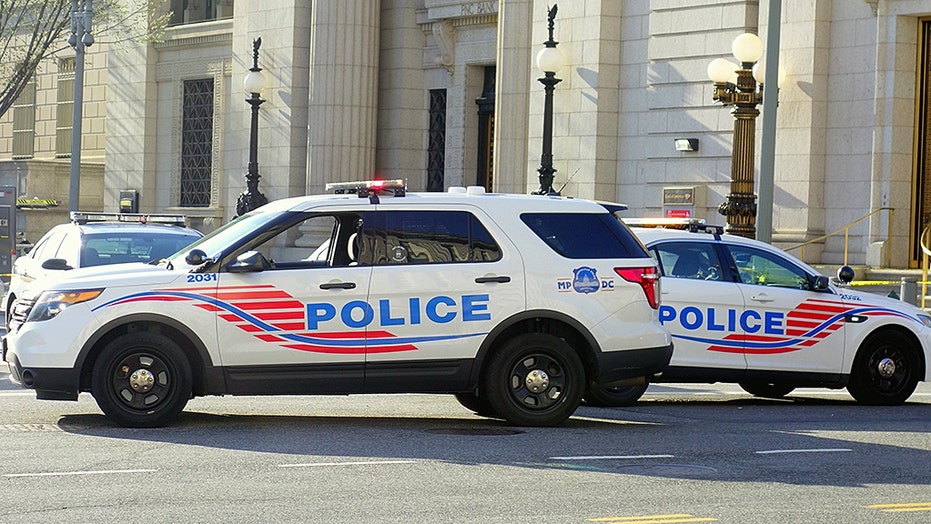 At least two people were shot Thursday when shots rang out on a Washington D.C., street, sending pedestrians running for their lives.

The Washington D.C., Metropolitan Police Department told Fox News that a call came in around 8:20 p.m. about a shooting on 14th and Riggs streets, a busy area filled with bars and restaurants.

Two males were hit but were "conscious and breathing," police said. Specifics on their injuries were not disclosed.

No motive for the attack was disclosed. No arrests have been made, police said. Several people said they heard at least two dozen shots and a witness said she saw a young male running and firing a gun, WUSA-TV reported. Outdoors dining tables were abandoned as investigators secure the scene.

A politico reporter tweeted that diners ducked under their tables to avoid the gunfire.

A reporter for WUSA said a man was killed three weeks ago during a walk with his wife a block away from Thursday's crime scene.

Video footage posted online shows pedestrians running as multiple gunshots were heard in the distance. Authorities said they were looking for a male wearing a lime green and yellow hooded sweater fleeing in a black Honda Civic.

The city is grappling with a spike in gun violence that was amplified last weekend when a 6-year-old girl was killed and shots rang out outside Nationals Park.

As of Thursday, there had been 106 homicides, one higher than at the time frame last year, according to police data. In an effort to crack down on the violence. Mayor Muriel Bowser this week directed the police department to use any overtime necessary to address public safety.