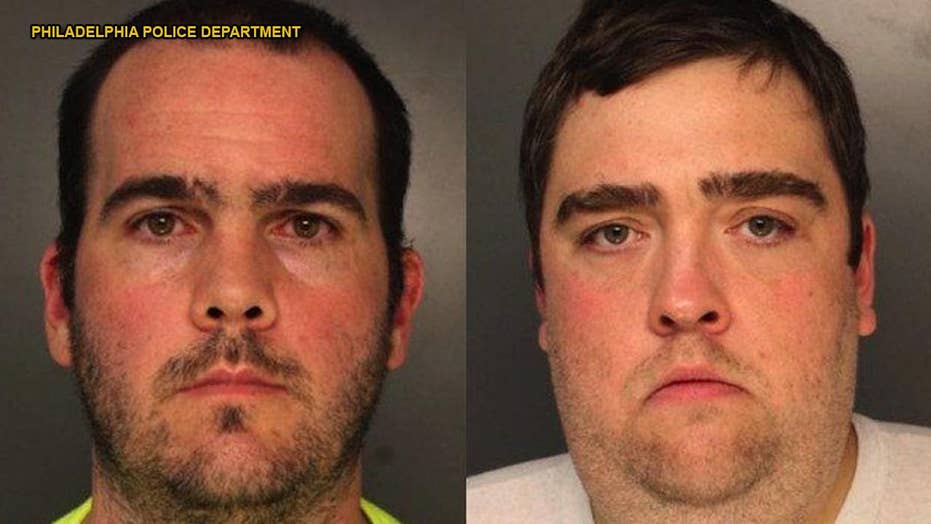 A third man has been charged after two U.S. Marine Corps reservists were assaulted by an Antifa mob just blocks away from a “We the People” rally in Philadelphia more than two months ago.

Joseph Alcoff, a 37-year-old who is believed to be the Antifa leader in Washington, D.C., was charged earlier this month with aggravated assault, ethnic intimidation and conspiracy – all felonies – and other charges for his involvement in the November 2018 attack, Philly Mag reported.

Joseph Alcoff, a 37-year-old who is believed to be the Antifa leader in Washington, D.C., was charged earlier this month with aggravated assault, ethnic intimidation and conspiracy – all felonies – and other charges for his involvement for the Nov. 17 attack of two U.S. Marine Corps reservists. (Philadelphia Police Department)

He joins codefendants Thomas Massey and Tom Keenan, who were allegedly all part of a large group of left-wing Antifa activists who began beating Alejandro Godinez and Luis Torres after mistaking him them for participants in the “We the People” rally in Old City.

Alcoff had pleaded not guilty and is currently out on bail, the magazine reported.

Exclusive: Marine attacked by Antifa mob in Philadelphia speaks out

Last month, Godinez and Torres testified in court that they were in Philadelphia to attend a Marine event at a local hotel and were touring the city’s historic attractions when they were approached by Keenan.

The two men, who were not wearing their uniforms the day of the attack, said they were asked if they were “Proud Boys” – an allusion to one of the right-wing groups behind the Nov. 17 rally.

After that interaction, they were approached by approximately 10 other people – men and women, some masked and some unmasked – who began attacking the Marines: punching and kicking them, using mace and hurling slurs and other insults such as calling them “Nazis” and “white supremacists.”

Where is the outrage from Democrats over Antifa?

Torres told Fox News in December that it was an “extreme irony” that he and Godinez were called “white supremacists” as they are both of Hispanic descent.

“We found it very ironic and confusing as well. I don’t know who would look at us and suppose white supremacist, neo-Nazi or anything like that,” he said.

ANTIFA MEMBER CHARGED IN ASSAULT OF MARINE RESERVISTS NEAR ‘WE THE PEOPLE’ RALLY IN PHILADELPHIA, REPORTS SAY

Keenan and Massey were identified from a video from a counter-protest at the “We the People” rally.

Court documents said Torres identified Alcoff while reading online articles about the attacks on the Daily Caller and came across a story that identified Alcoff as “D.C.’s radical Antifa leader … who’s advocated for violence and for the overthrow of the government.”

Torres contacted detectives in Philadelphia, claiming he recognized Alcoff as another member of the group that attacked him, Philly Mag reported, citing the court documents.

Investigators said Torres had photos he took from the suspects at the day of the attack and that police “strongly agree” that Alcoff was the person in his photos.